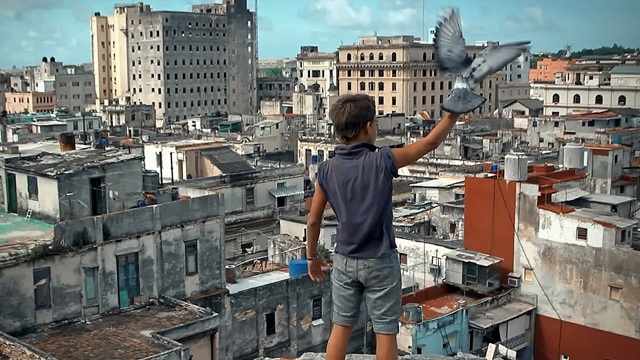 You Can Catch These Cuban Films for Free This Week

And learn more about the country while you're at it!

(SPOT.ph) You may already know a thing or two about Cuba. But there's still a lot left to be learned since the United States imposed a blockade on the country after Cuba's fight for independence. (After all, there's more to Cuba than an LSS-inducing song about its capital city.) Sure, you can read all about the country and learn all about their culture. But there's also something about watching their life on film and getting to know their country through their own perspective. 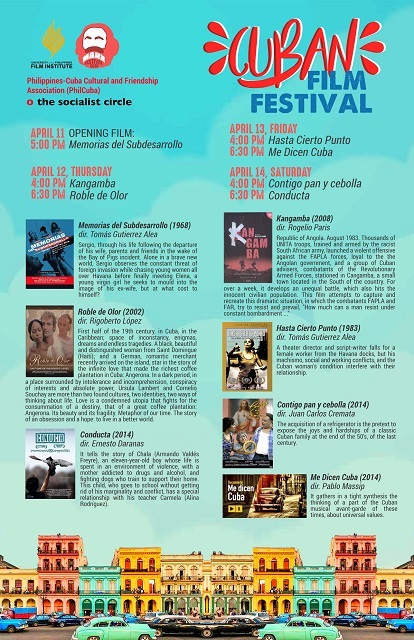 This is exactly what the 2nd Cuban Film Festival aims to do with their screenings of movies and dodumentaries at the UPFI Film Center Videotheque from April 11 to 14. So, if you've ever wanted to learn more about the small island-country, this is the perfect time to do so, especially since you can catch the films for free! Take note though that the first day of the festival is invitation-only and the rest will be at a first-come, first-served basis.

We round up five flicks that you can check out at the four-day event:

This wartime drama reenacts the events of the fight between the South African-supported National Union for the Total Independence of Angola and the People's Armed Forces of Liberation of Angola, which is supported by the Angolan government and has a group of Cuban Advisers.

Set in 19th century Cuba, this film follows the story of a Haitian woman and a German man who fall in love and start one of the most successful coffee plantations in Cuba.

This drama revolves around scriptwriter and theater director Oscar (Óscar Álvarez) who's researching for an upcoming project about machisimo in Cuba. While doing his work, he starts falling in love with the liberated Lina (Mirta Ibarra), a dockworker.

This comedy-drama revolves around a Cuban family in the '50s whose purchase of a refrigerator—a big investment back then—becomes a pretext to show their good times and their bad times together.

Eleven-year-old Chala (Armando Valdés Freyre) lives in a violent household with a drug- and alcohol-addicted mother who trains fighting dogs for a living. Chala's grandmotherly teacher Carmela (Alina Rodríguez) helps the struggling boy as he is sent to a remedial school for misbehaving.

The Cuban Film Festival is from Aprill 11 to 14 at the UPFI Film Center Videotheque. For more information, check out Cine Adarna's Facebook page.