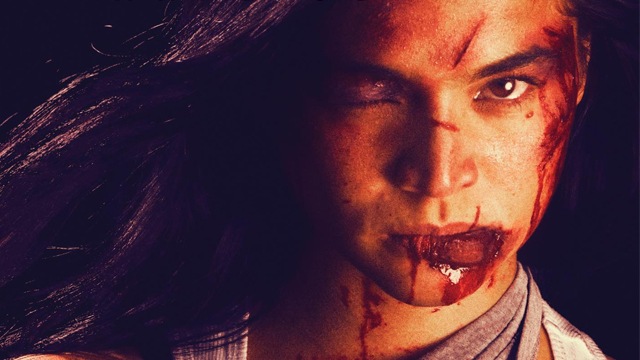 (SPOT.ph) It was only on May 30 when Erik Matti posted on his Instagram page saying that he's almost finished (but still perfecting) the highly anticipated movie, BuyBust. But it looks like he's already done it. After being moved to a later date, locking in an international premiere in July—at the New York Asian Film Festival as a closing movie, no less—then having a private screening for the cast and crew, the action-thriller is finally premiering in the Philippines on August 1.

On January 20, the movie's lead, Anne Curtis, posted a selfie teasing the final poster for the film.

She finally posted the movie's official poster on June 22, which has her badly wounded, bleeding, and holding a knife. "Kill or be killed?" she asks.

It was shot by well-known photographer, Mark Nicdao, who also posted "a grittier and darker outtake" of the photoshoot on his Instagram account.

If the poster and the trailer are any indication, BuyBust is sure to live up to being the action-packed thriller Matti is known for. The movie revolves around a group of agents from the Philippine Drug Enforcement Agency (a.k.a. PDEA), including Nina Manigan (Curtis), who are on a mission to catch drug dealers in the act. But the agents end up getting trapped instead, as the residents of the slums seek revenge for past civilian casualties in their area as a result of these operations. The film also stars Victor Neri, Joross Gamboa, Brandon Vera, AJ Muhlach, and Nonie Buencamino.

Buybust Buy Bust Erik Matti Indie Movie Indie Film Anne Curtis
Your Guide to Thriving in This Strange New World
Staying
In? What to watch, what to eat, and where to shop from home
OR
Heading
Out? What you need to know to stay safe when heading out