Interview With Something in the Rain Stars Son Ye Jin And Jung Hae In
Loading
Already a member? Log in
No account yet? Create Account
Spot.ph is your one-stop urban lifestyle guide to the best of Manila. 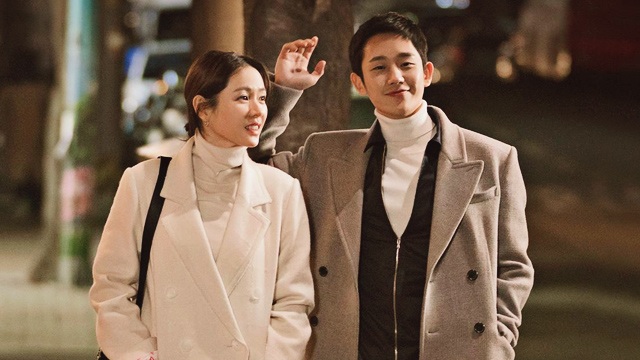 This Newest K-Drama Is a Realistic Take on Modern Love

Something in the Rain could happen to anyone, and that's what makes it so special.

(SPOT.ph) Just like our own telenovelas, K-Dramas use a range of similar themes and tropes that run the risk of feeling formulaic especially to avid viewers. Don’t get us wrong; we love a good “rich guy-poor girl” or gender bender story when we see one. But when our screens are saturated with dramas with the same storylines, it can get repetitive. Who can blame you for wanting something different? 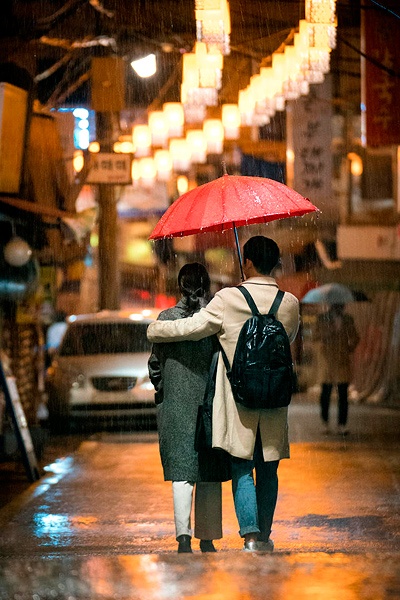 The series also goes by the title Pretty Noona Who Buys Me Food.

Enter Netflix’s newest K-Drama offering, Something in the Rain, which embraces the ordinary and shines the spotlight on an everyday love story. In it, Yoon Jin Ah (Son Ye Jin), a career woman in her mid-30s, struggles with a failed relationship while she battles with her abusive bosses at a coffee company. Meanwhile, Seo Joon Hee (Jung Hae In), her best friend’s younger brother, is back in Korea after working abroad. He works in the same building as Jin Ah, and they start seeing each other in a different light after spending so much time together. The drama’s pace is slow and steady as it explores how they go from friends to lovers and how societal norms can put a damper on a growing relationship. 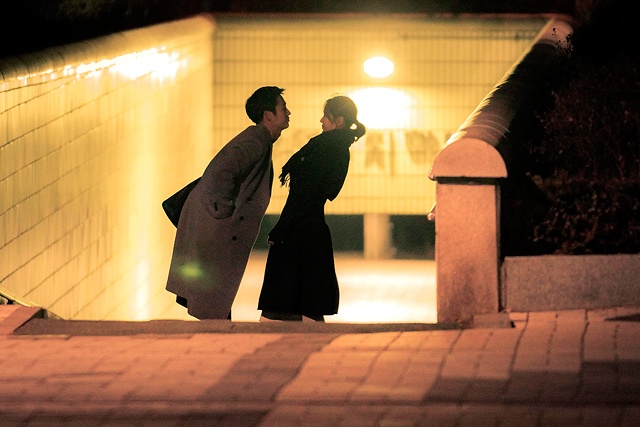 The drama is full of fun and flirty moments that illustrate the thrill of Joon Hee and Jin Ah's growing attraction to each other.

Seeing the extraordinary in the ordinary

In an e-mail interview with SPOT.ph, Something in the Rain’s leads, Son Ye Jin and Jung Hae In shared their thoughts about the show. The two stars both agree that the drama’s everyday quality makes it very relatable to viewers in Korea and abroad. “I think the drama is very different from others that talk about destiny and special incidents,” says Ye Jin. “For the two characters, it is unclear how they started having feelings for each other. [That’s] what makes the drama attractive. [It’s] very realistic. When we find someone we used to know attractive, we don’t go through extreme situations.”

“[Joon Hee] suddenly finds his friend—someone he has known for so long—really pretty,” Hae In adds. “I think that moment was when he was getting off work riding his bike,” he says, citing a scene where Joon Hee starts seeing Jin Ah in a different light. 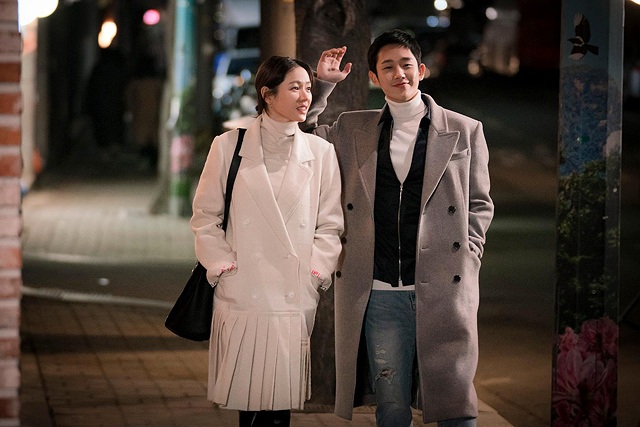 One of Joon Hee's early attempts to make a move: He tries to put an arm around Jin Ah's shoulders but fails.

“Because he is in a new environment, he probably saw the familiar with a new eye,” adds Ye Jin. “There is nothing artificial about this drama. It tells the real stories of real people living their lives. I think the viewers will feel like they are watching a real couple who are in love.”

The show tackles everyday problems couples face while also touching on societal pressures. For example, both leads get flak for dating each other in the drama because Jin Ah is older than Joon Hee. “When there is love, the age gap doesn’t matter at all,” Hae In shares his own thoughts on love. “The most important thing is how much the two people care for each other and love each other.” Nevertheless, a woman dating a younger man isn’t typical in Korean society, so Jin Ah and Joon Hee’s struggle is a real concern for couples.

This focus on what’s real is the very reason Ye Jin, one of Korea’s big movie stars, decided to take on the project despite not having accepted K-Drama roles since 2013. Aside from being directed by Ahn Pan Seok, who is the brains behind the successful film A Secret Affair, Ye Jin found the drama’s script interesting and enjoyed reading it. “You see so many sensational and genre-focused content in movies and dramas these days, like fantasy, time slips, or thrillers,” she says. “However, I wanted to work on a story I really like. A real story that women my age can easily [relate to].” 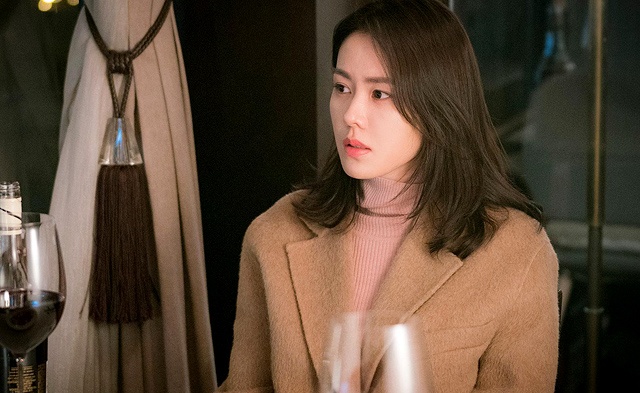 For Son Ye Jin, Something in the Rain is different from other shows that revolve around the idea of destiny.

Ye Jin personally found that Jin Ah’s character spoke to her. “Yoon Jin Ah isn’t particularly talented or attractive,” she shares. “She is someone we can see everywhere—[someone] with some faults; trying to overcome such shortcomings. [It’s] very similar to our true selves. That’s why I felt closer to Jin Ah and could identify and understand her.” She believes women who watch the show will be able to easily put themselves in Jin Ah’s shoes. 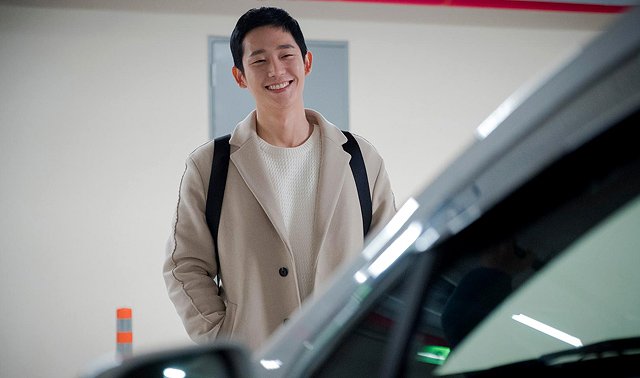 Jung Hae In's sunshine smile is one of the reasons for his growing popularity as an actor. He will have his Smile Fan Meeting in Manila on June 30 at the KIA Theatre.

As for Hae In, Joon Hee’s character was something new for him given that his most recent roles were as a policeman in the fantasy rom-com While You Were Sleeping, and a military officer sent to jail for a crime he didn’t commit in Prison Playbook. “Those were both supporting roles, and Something in the Rain is my first lead role,” he explains. “While my roles in my previous works were unique and limited in [terms] of character and environment, Seo Joon Hee is more of your everyday male that you would see in your everyday life.”

Joon Hee is in his early 30s, a character designer at a game company. “In a way, [he’s my age],” says Hae In. “And although I have never worked at a company, I think people working desk jobs in their late 20s and early 30s will really identify with the story.”

Perhaps it’s this relatability that made Something in the Rain enjoy high ratings during its run in Korea—it did so well that the cast was rewarded to a three-day vacation in Japan. And now, Ye Jin and Joon Hee are excited to see the drama reach more audiences abroad on Netflix. “Regardless of nationality or age, viewers will be able to identify with this drama,” says Ye Jin. “It is the kind of series that once you start, you cannot stop watching.”

Something in the Rain is now streaming on Netflix.

Jung Hae In Son Ye Jin Something In The Rain Netflix
Your Guide to Thriving in This Strange New World
Staying
In? What to watch, what to eat, and where to shop from home
OR
Heading
Out? What you need to know to stay safe when heading out