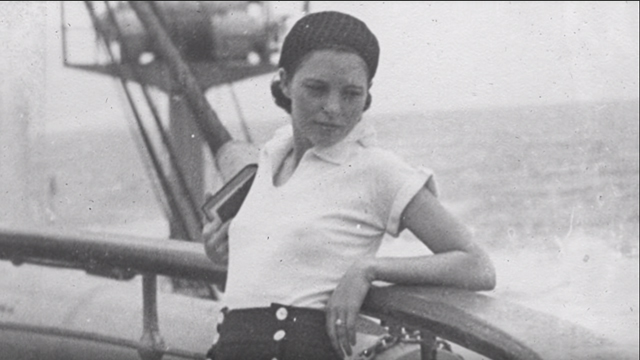 (SPOT.ph) A lot can be said about how the country has changed over the years. But none of us would be able to know firsthand just how big of a difference has been made, given that we've only been alive for a small part of it. Well, except if you’re the 106-year-old Jessie Lichauco, who’s lived through what you would only read about in history books. Her unique and interesting perspective is the subject of the documentary film Curiosity, Adventure & Love, which is produced and directed by her granddaughter, Sunshine Lichauco de Leon and Suzanne Richiardone.

An American born in Cuba, Lichauco’s natural curiosity and love for adventure eventually brought her to the Philippines on a solo trip when she was only 18. She then met her husband, Marcial Lichauco—the first Filipino to graduate from Harvard, who was lobbying for the Philippines' independence—in Washington D.C. Her husband, being a prominent lawyer, led to her witnessing some of the most important points in history—from being an American colony to being under the Japanese occupation during World War II. After spending much of her life in the Philippines and helping Filipinos during and after the war, a law was signed in 2013 that granted her Filipino citizenship for her social contributions, among many other things.

Now, you get the chance to watch Lichauco—and the country's—story unfold as Curiosity, Adventure & Love is screening at Glorietta 4 on June 29 at 8 p.m. and on June 30 at 7:30 p.m. Director de Leon is set to introduce the film at both screenings and she'll be answering a few questions about it, as well.

Update as of September 7, 2018 (2:30 p.m.): Jessie Lichauco is an American born in Cuba and her husband, Marcial Lichauco, is a Filipino.