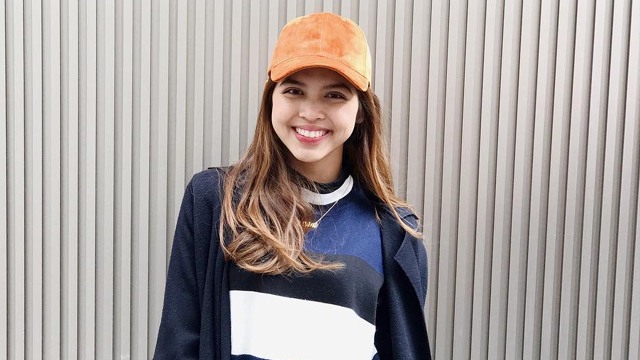 ICYMI: Maine Mendoza Is Venturing Into the Music Scene

She's coming out with her first album!

(SPOT.ph) There's no doubt that Maine Mendoza has been successful with her stints both on the small screen and the big screen. But acting is just one of her many interests. She's got her own social project in the form her Humans of Barangay campaign, and she's also getting into the world of cosmetics by working on a lipstick collaboration with makeup company Mac. And her latest project is sure to get fans even more excited, as she finally ventures into the music industry by working on her first album.

The announcement for her album was made on the Instagram page of Universal Records Philippines, Mendoza's record company. They first teased the news with a photo of Mendoza turned around, wearing a leather jacket that reads, "Universal" on the back. They're also the record label for local artists like Julie Anne San Jose, Christian Bautista, Shanti Dope, Gloc-9, Elmo Magalona, and Sponge Cola.

They then posted a short clip that still didn't show her face, but teased fans by asking, "Are you ready for the big reveal?"

The reveal was finally made on June 22, with a longer video of her finally turning around and posing with the jacket.

Though the upcoming album is going to be her first one, she's already released a song with her love-team partner Alden Richards entitled "Imagine You and Me." It was released along with their 2016 movie of the same name.

My upper half of pic with Ms. Maine Mendoza. Excited to be her album's over-all producer. Welcome to UR! #UniversalRecordsSignsMaine pic.twitter.com/BUJ3djuvEL

The genre for Mendoza's album is yet to be revealed, but the producer of her album is Ito Rapadas, the frontman of the local pop band Neocolours. Rapadas posted a photo of him with Mendoza on his Twitter account, welcoming her to Universal Records. With her fans supporting all her projects, Mendoza's album is sure to be a hit.