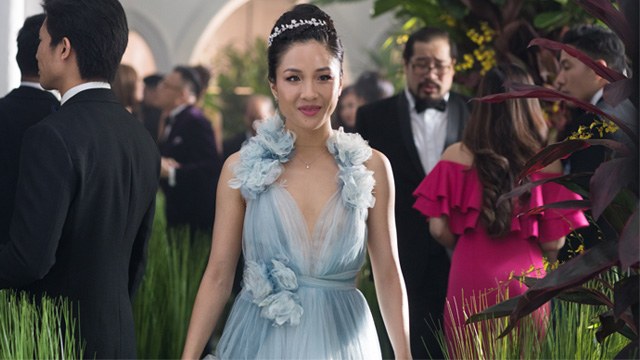 BuyBust, Crazy Rich Asians, To All The Boys I've Loved Before, and more!

(SPOT.ph) August is filled with long weekends, so there’s really no better time to relax and see a new movie! The 2018 iteration of Cinemalaya is right around the corner, so you have plenty of new Filipino indie films to catch. You also have a new anime movie from the makers of Your Name, the long-awaited adaptation of the beloved novel by Kevin Kwan, and so much more. Here are some of the exciting flicks you can catch this month.

Release date: August 1
After an immensely well-received run in the U.S., director Erik Matti’s long-gestating action film is finally hitting local cinemas. Starring Anne Curtis in one of her most exciting roles to date, BuyBust centers on an anti-narcotics squad tasked to go on a drug operation in Manila’s dangerous slums. What follows is a bloody, edge-of-your-seat war between the narcotics squad and a drug cartel.

Release date: August 3
Carlo (Tony Labrusca) is a typical “millennial” who is blissfully ignorant of Philippine history and thinks that Martial Law was, well, not as bad as people make it out to be. When he is confronted by a frustrated History professor, Carlo resolves to prove his point to find someone who has lived through Martial Law. The Cinemalaya film also stars Eddie Garcia, Liane Valentino, and more.

Release date: August 3
Filmmaker Perci Intalan returns to the director’s chair in this Cinemalaya entry about Liza (Iza Calzado), a young woman struggling with the loss of the love of her life. Things get complicated when her husband, whom she abandoned years before, appears on her doorstep and tries to make amends with her. The promising film also stars award-winning actors Therese Malvar and Nonie Buencamino.

Release date: August 3
Fresh off her turn in the critically acclaimed Ang Larawan, seasoned thespian Celeste Legaspi plays the titular character, an elderly woman grappling with dementia while trying to reconnect with her estranged son. As her condition worsens, she begins to relive her past and slowly, her visions turn to reality.

Release date: August 4
Netflix’s new full-length anime feature comes from the brilliant minds at CoMix Wave Films, the same studio who brought you the worldwide hit, Your Name. Told in three chapters, this heartfelt and sentimental movie explores the simple joys of life through vibrant stories in different Chinese cities.

Release date: August 8
If you were expecting a live-action adaptation of your Disney childhood favorite, this isn’t it. Instead, it’s loosely based on the original Hans Christian Andersen novel of the same name. It centers on a young reporter and his sister who go to a local circus, where they encounter a beautiful mermaid trapped in a tank.

To All The Boys I’ve Loved Before

Release date: August 17
Netflix’s highly anticipated adaptation of Jenny Han’s popular book is about Lara Jean (Lana Condor), a hopeless romantic who secretly writes love letters to all of her past crushes. Her life is turned upside down when her letters are mysteriously sent out to all of her crushes, and they confront her one by one.

Release date: August 22
Based on the wildly popular book series by author Kevin Kwan, Crazy Rich Asians revolves around an economics professor named Rachel (Constance Wu), who flies to Singapore with her boyfriend, Nick (Henry Golding). When she finds out that he’s the son of one of the wealthiest families in Asia, she is thrust into the wild and opulent world of Asia’s rich and famous.

Release date: August 22
Watching a movie with the kids? Have plenty of fun in the third installment of the Hotel Transylvania franchise. Set after the events of the previous film, Dracula (Adam Sandler) goes on a cruise with his colorful family and hotel staff. While there, he immediately falls for the ship’s captain, who has a devious secret of her own. The movie features an all-star voice cast that includes Selena Gomez, Andy Samberg, Kathryn Hahn, Kevin James, Keegan-Michael Key, Steve Buscemi, and more.

Release date: August 22
For a bloody good time, check out this dystopian horror film from the hit franchise. The fourth installment takes you back to the beginning of the Purge, depicting its gory origins where, for one day, all crime in America is legal.

August 2018 Release Date New Movies Guide
Your Guide to Thriving in This Strange New World
Staying
In? What to watch, what to eat, and where to shop from home
OR
Heading
Out? What you need to know to stay safe when heading out