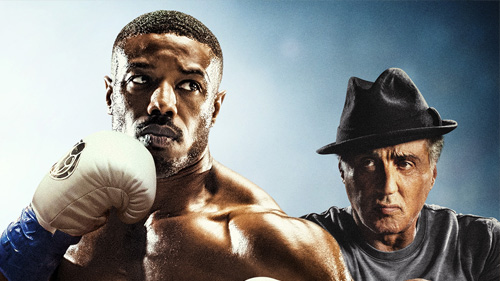 Fantastic Beasts: The Crimes of Grindelwald, The Christmas Chronicles, and more!

(SPOT.ph) Can you believe 2018 is almost over and Christmas is now right around the corner? If you’re feeling particularly festive, Netflix has plenty of holiday-themed movies headed your way. But if you’re in the mood for some exciting blockbusters, you have plenty to look forward to this month, too! Here are some of the movies you can’t miss this November.

Release date: November 9
After a successful world premiere at the Toronto International Film Festival, this period film is streaming globally on Netflix this month. Chris Pine stars as Robert the Bruce, the renowned King of Scots who wages an epic war during the English occupation of Scotland. The cast also includes Aaron Taylor-Johnson, Florence Pugh, and more.

Release date: November 15
Take a trip back to the Wizarding World we all know and love with this sequel to the 2016 film. The second installment sees the return of Eddie Redmayne’s Newt Scamander, as he aids a younger Albus Dumbledore (Jude Law) to face off against the growing threat from the powerful dark wizard, Gellert Grindelwald (Johnny Depp).

Release date: November 16
You’ll be seeing double of Vanessa Hudgens in this Christmas movie from Netflix. She plays the dual roles of a down-to-earth Chicago baker and a soon-to-be princess who discover they look like twins and hatch a plan to trade places.

The Ballad of Buster Scruggs

Release date: November 16
Oscar-winning duo Joel and Ethan Coen return to the silver screen with this new movie that took home a Best Screenplay trophy at the Venice Film Festival. Saddle up for six tales about the American frontier, from a talented sharp-shooter to a gothic tale about two travelling performers. The film streams on Netflix this November 16.

Release date: November 21
Ready to see all your favorite Disney princesses in one screen? In this animated sequel set six years after the events of the 2012 movie, Wreck-It Ralph and Vanellope von Schweetz evacuate all of the Sugar Rush residents to other games before the machine is shut down in the real world. Along the way, the two encounter new worlds and your favorite characters, from all the Disney Princess lineup to The Muppets and even Star Wars!

The Girl in the Spider’s Web

Release date: November 21
Former The Crown star Claire Foy transforms into the new Lisbeth Salander in the onscreen adaptation of the novel of the same name. The film, now featuring a new set of actors that includes Foy, Sverrir Gudnason, LaKeith Stanfield, among others, is a sequel to David Fincher's The Girl with the Dragon Tattoo.

Bad Times at the El Royale

Release date: November 21
Set in the '60s, this movie revolves around seven strangers, each with secrets of their own, who all cross paths at a run-down hotel called the El Royale. This neo-noir thriller features an all-star cast that includes Chris Hemsworth, Jon Hamm, Dakota Johnson, Nick Offerman, and more.

Release date: November 22
Gear up for a Santa you’ve never seen before in Netflix’s upcoming Christmas movie. Two siblings team up with Santa Claus (Kurt Russell) for a high-flying holiday adventure. If that isn’t enough to get you in the holiday spirit, you’ll be glad to know that it’s from the makers of Harry Potter and Home Alone.

Release date: November 28
The eighth installment in the Rocky franchise (as well as the second for the Creed franchise) sees the return of Michael B. Jordan as Adonis Creed, who must now face up against the son of Ivan Drago, the athlete who killed the former’s father in the boxing ring more than 30 years ago. Sylvester Stallone reprises his role as Rocky, and also co-writes the script.