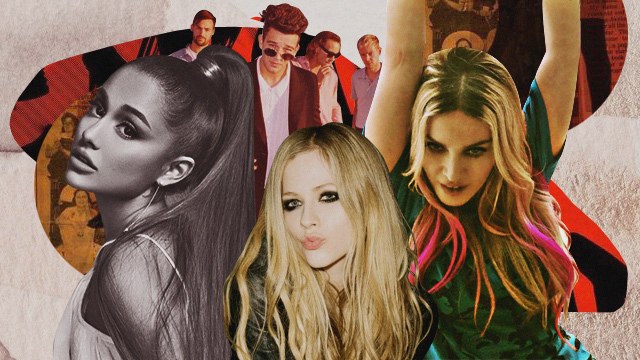 Get your playlists ready!

(SPOT.ph) In 2018, we were treated to topnotch records by some of our favorite local and international artists. There was Janelle Monáe's Dirty Computer, Robyn's Honey, UNIQUE's Grandma, and Apartel's Full Flood, to name a few. This new year, music lovers everywhere are itching to hear fresh music by both well-known and up-and-coming musicians. If you're keen to fill your playlists with guaranteed hits, be sure to watch for these forthcoming albums. Ariana Grande, Madonna, Avril Lavigne, Karencitta, and more are set to spice up your listening experience in 2019.

Heard It in a Past Life

Artist: Maggie Rogers
Release date: January 18
American singer Maggie Rogers commanded respect after she wowed Pharrell Williams with an original song during a class at New York University back in 2016. Pretty soon, you'll be able to check out her debut album, Heard It in a Past Life, which will contain 12 tracks, including reworked versions of her earlier hits "Alaska" and "On and Off." Get ready for the soulful vocals and inventive arrangements that have made her an absolute artist-to-watch-for.

Artist: Backstreet Boys
Release date: January 25
This year is bound to be big for everyone's favorite '90s boyband. The Backstreet Boys' ninth studio album, DNA, is dropping in January, and it will be supported by a colossal world tour that is expected to be their most expansive one in 18 years. As inspiration for the record, all band members reportedly got their individual DNA profiles analyzed to see what unique element each one brings to the group. The pop singles "Don't Go Breaking My Heart," "Chances," and "No Place" were released as teasers for the upcoming record.

Artist: Avril Lavigne
Release date: February 15
Canadian singer Avril Lavigne's sixth studio album, her first in five years, is projected to be raw and powerful, with the 34-year-old artist's vocals really shining through. The tracks are reportedly inspired by her battle against Lyme disease (she was diagnosed in December 2014). Based on the first two singles, "Head Above Water" and "Tell Me It's Over," fans can expect a deeply personal listening experience when the record comes out.

Artist: Sigrid
Release date: March 1
Norwegian pop star Sigrid's first full-length album is eagerly awaited, especially after the success of her two earlier EPs packed with her endearing brand of pop music. The tracklist for Sucker Punch will reportedly include the singles "Strangers," "Dynamite," and "Don't Kill My Vibe," alongside the title track. In a video announcement, the 22-year-old artist said, "I've been working on it for so long with some really nice people and some really talented people. I'm listening to the songs all the time, and I'm really excited for you to listen to [them] too."

Notes on a Conditional Form

Artist: The 1975
Release date: June 1
Word on the street is that The 1975's forthcoming album will be a "nighttime record," with the first single most likely to drop in February. In an interview with NME, frontman Matty Healy described the record as more “experimental” than their earlier releases. He shared that Notes will be about mental health and domesticity, and will hopefully feel like a "moment-in-time record" like Bruce Springsteen’s Nebraska. The band recently just dropped their third album, A Brief Inquiry Into Online Relationships in November 2018 with the single "Give Yourself a Try." The upcoming Notes on a Conditional Form will mark the completion of the band's cycle of album releases called the Music for Cars era.

Artist: Karencitta
Release date: Early 2019
Cebuana singer and rapper Karencitta has been hard at work on new material. In a recent interview with the New Houston Music Outlet, she revealed that her new album would be released by early 2019. The fast-rising artist is admired for her hands-on approach to production, as well as her gutsy attitude, which shows in her music's unapologetic character. She's most known for the bop-inducing "Cebuana" and feisty "No Apology (Wala Akong Paki)" so you can expect more statement tracks and upbeat ditties from this rising star.

Release date: Early 2019
Kiana Valenciano is continuing to make a name for herself in the music industry. Her Grey EP, which introduced her smooth pop-R&B sound, was a notable success. Recently, for her birthday, she released the single "See Me," a preview of what to expect from her upcoming full-length album. We don't know much about the record yet, but the songstress was quoted as saying, "It feels great. I’ve been working on this project for a year and I’m excited to finally share with people what I’ve been up to."

Artist: Madonna
Release date: TBA
The Queen of Pop told Vogue Italia back in August 2018 that she's working on new music that would be “collected in an album that will be released by the end of the year.” The launch, however, was moved to 2019. Not much is known about Madonna's upcoming 14th LP, except that it might be called Magic, and that the tracks were influenced by her move to Portugal in an effort to support her son David Banda's football dreams. It's been four years since her 13th album, Rebel Heart came out, which includes songs like "Living for Love," "Hold Tight," and "Bitch I'm Madonna." Fans are sure to be curious to see how the 60-year-old artist will reinvent herself this time.

Artist: Vampire Weekend
Release date: TBA
It's been six years since indie rock band Vampire Weekend released their third album, Modern Vampires of the City, that included songs like "Step," "Diane Young," and "Unbelievers." So it's no surprise that fans are clamoring for new music from the group, and frontman Ezra Koenig confirmed that their fourth LP is just about finished. He also hinted at the possible title of the forthcoming album: Mitsubishi Macchiato. It will be the first album without producer, singer, multi-instrumentalist, and songwriter Rostam Batmanglij in the band lineup, but he will still reportedly appear in some of the songs.

Artist: Ariana Grande
Release date: TBA
No word yet on exactly when pop diva Ariana Grande's fifth studio album, Thank U, Next, will drop, but everyone's bursting with anticipation. The title track, with its refreshing perspective on breakups and its Mean Girls-inspired music video, was an instant hit upon release. Grande also just shared "Imagine," a romantic ballad that is part of the reportedly 13-track record. Billboard described it as an album composed of “deep, bass-driven bangers with trap beats alternating with airy, sad ballads.”

Music Albums Maggie Rogers Backstreet Boys Avril Lavigne Sigrid The 1975 Karencitta Madonna Vampire Weekend Ariana Grande
Your Guide to Thriving in This Strange New World
Staying
In? What to watch, what to eat, and where to shop from home
OR
Heading
Out? What you need to know to stay safe when heading out