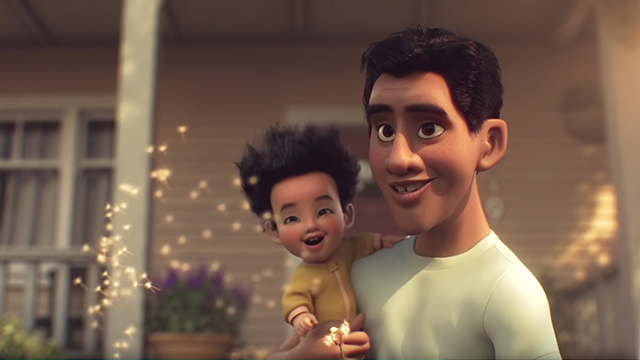 Story artist Bobby Rubio is writing and directing it!

(SPOT.ph) Filipinos have been making a name for themselves in the entertainment industry abroad, with a number of them working on some of your favorite stories and films, like Wreck-It Ralph and Harry Potter. And it's always great to hear about yet another Filipino using their talents to tell their own story.

Pixar Story Artist Bobby Rubio is writing and directing Float, an animated short film about two Filipino Americans. That makes it the first-ever Pixar Short starring Pinoy characters. Rubio has worked on notable titles, too, including Incredibles 2, Avatar: The Last Airbender, and Inside Out to name a few.

In a Facebook post, Rubio expresses his excitement over the project. "I am happy to introduce the two main characters who are Filipino-American! They are Pixar’s first CGI Filipino characters, so technically they are the first Pixnoys! I’m so grateful for this opportunity to tell our stories and share them with the world!"

He also talks about his own experience with representation. "When I was growing up, I didn’t see much characters that looked like me on television or movies and I am thrilled that my children will have these guys and hopefully they are just the beginning and will inspire more Fil-Am stories to come!"

Float is one of the films included in SparkShorts, which is Pixar's "experimental storytelling initiative that welcomes new creative voices." The studio has tapped everyone, from the story department to tech, to create their own films. In a videio about SparkShorts, Rubio says, "I see it as a wonderful opportunity to tell my story. They're different films from the kinds of films we typically make at Pixar." There's no word yet on when Float is set to be released, but there's no doubt it's already found an audience.