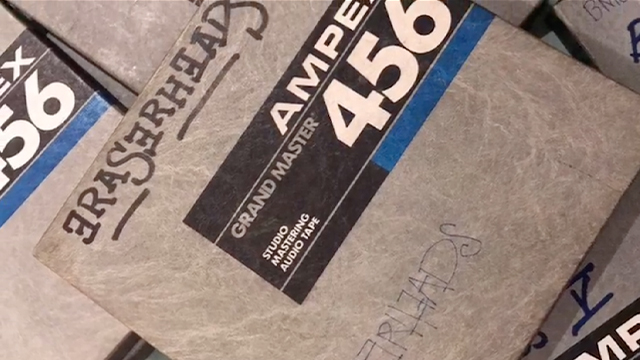 They were brought to UP Diliman for digital archiving.

(SPOT.ph) It's been more than 25 years since Eraserheads' Ultraelectromagneticpop! was first released. With hits like "Pare Ko," "Ligaya," and "Tindahan ni Aling Nena," the album had music fans falling in love with the now-legendary Pinoy rock band. It was recorded at a time when streaming wasn't a thing, which means the master tapes of the album had to be protected. The only problem is, they went missing for a while. Two years of searching ensued and they were finally found in a vault in Laguna.

After they were found, they were brought to UP Diliman—the alma mater of band members Ely Buendia, Buddy Zabala, Marcus Adoro, and Raimund Marasigan. According to a video post made by Offshore Music (Buendia's new record label), they were stored for digital archiving at UP Center for Ethnomusicology.

The post also explains that the album was "recorded on magnetic tape—an analog format that naturally deteriorates over time." This means that it was essential for the album to be handled carefully and there was no better person than the band's former sound engineer, Mark Laccay.

"The legacy of the Ultraelectromagneticpop! master tapes as an important Philippine cultural artifact is secured through archiving for the generations of Eraserheads fans to come," the video says.

Whether you've been a longtime fan of the band or if you're just getting into their music, you can now listen to the remastered version of the album on Spotify. (It was remastered by none other than Bernie Grundman, who's worked with Michael Jackson and Prince, to name a few.) The album will also have a limited-edition vinyl release, with only 2,500 copies made.