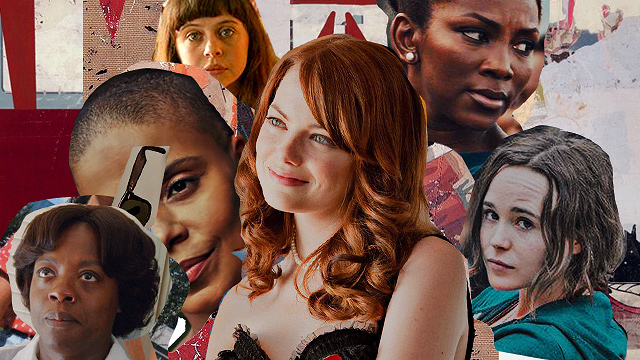 Perfect for binge-watching this women's month!

It's time to celebrate all things female this women's month! What better way to get you in the mood than by binge-watching strong, female-led movies on Netflix? Don't know where to start? Round up your girls and check out the list we've curated for you below.

This romantic comedy is more than just about hair, it's about breaking through stereotypes and realizing your worth as a woman, way beyond the standards set by society that are expected of you. Not to mention Kehlani's "Advice" playing in the background of the trailer while the hair-obssessed lead is shaving off her locks. You can already feel the goosebumps.

Nothing is capable of changing the status quo more than when strong women speak up, band together, and fight for what's right and just. Plus, we're convinced that any movie with Viola Davis and Octavia Spencer in it automatically makes for a riveting female-led film. Take the historical NASA movie, Hidden Figures, for instance. Those two together feels like an entire resistance on the loose.

A reimagining of the novel The Scarlet Letter, Emma Stone's Olive is on a path to set things straight when she's suddenly regarded as the school's resident promiscuous pariah, after staging a fake sexual encounter to help a tortured gay kid.

A young Korean girl inadvertantly foils the workings of a powerful company in New York, all to save her beloved giant pet pig from being slaughtered. Animal lovers, take heart and brace yourself—while the early parts of the film make for relatable, adorable entertainment, the latter half will be a darker, harder pill to swallow. But rest assured it will all be worth it in the end.

Ellen Page plays Tallulah, a young vagabond who ends up kidnapping a baby from her irresponsible mother. She uses little Maddy to ask help from her ex-boyfriend's mother, claiming that she's the grandmother of her child. But when she unexpectedly forms a bond with the child that she stole, she finds it difficult to give her up.

In Grandma, Lily Tomlin plays the cool lesbian grandmother we wish we all had. How can you not love her? She practically tears through the entire town just to help her granddaughter out of her situation, bringing along just the right amount of sass and a whole lot of heart in the process. Oh, and there's a scene where she breaks up with her obnoxious younger girlfriend by calling her a "footnote" in her life. If that isn't one of the most glorious literary burns you've ever heard, then I don't know what is.

Minnie (Bel Powley) is a precocious 15-year-old who comes of age as she embarks on a sexual journey that starts with her mother's lover, played by Alexander Skarsgard. This movie is based on the hybrid novel The Diary of a Teenage Girl: An Account in Words and Pictures by Phoebe Gloeckner.

Meeting up with your girls to celebrate? How about a feel-good girl power movie with some kick-ass acapella vocals to scream your lungs out to?

Adaeze, a young woman who is constantly overlooked, volunteers to take charge of her ill father's bus company. But when her father chooses his brother to substitute for him instead, she now has to work along with her uncle and assert herself in a male-dominated workplace.

There's nothing like celebrating women's month than by watching one of the strongest Disney princesses out there. That's right, we're talking about Mulan. She did save China, after all. There's literally no room for argument here. And who wouldn't want to sing along to "Reflection" and kung fu their way through I'll Make a Man Out of You? Yes, the lyrics are sexist, but we have to consider the fact that the film was released in 1998 and was set in ancient China. Besides, our girl Mulan completely turned the song on its head by the end of the film, anyway.