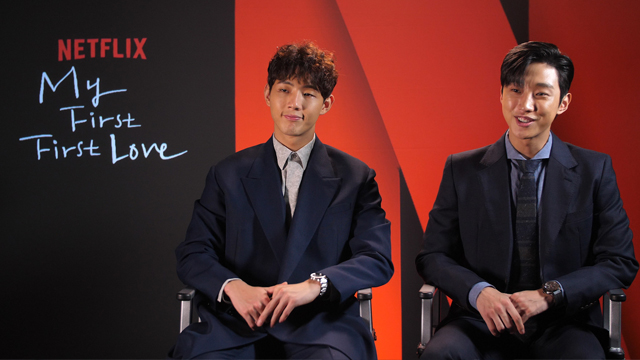 We got to ask Jisoo and Jin-young about working on the new romance series.

(SPOT.ph) The long, holiday break is finally here, which means you finally have time to sit back, relax, and binge-watch a new series. It looks like Netflix's My First FIrst Love is just in time, because it premieres tomorrow, April 18. The new K-Drama stars Jisoo as Tae-o, your typical college student who's trying to figure out his true feelings for his childhood friend Song-i (Jung Chae-yeon). Things start to get more complicated with Song-i moves in with Tae-o (along with two of his other friends) and starts falling for his best friend Do-hyeun (Jin-young).

SPOT.ph got to talk to Jisoo and Jin-young in Seoul about their new K-Drama and they tell us all about how they became friends on set, what they love about the series, and working with the cast and crew behind the show.

Jisoo shares that he read the script again and again and consulted with director Oh Jin-seok to know more about his fun-loving character. It was also director Oh who helped Jin-young work on the series as well, saying, "The personality of the director—he looks like he's a very manly person, but in fact, inside, he has a very sensitive soul. So, when we were doing the character analysis, for example, he helped a lot in catching those sensitivities in the characters."

And since they play best friends onscreen, Jisoo and Jin-young also became friends in real life. "We are quite similar in age as well. And what we think and like are quite similar, too. So, as we talked, we began to know each other better and we started to be close together," Jin-young says.