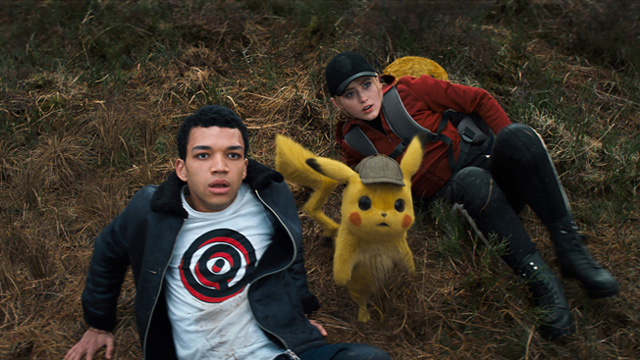 (SPOT.ph) We are officially in the second half of summer! Whether you’ve been kicking it at the beach (lucky you!) or daydreaming of your next vacation leave, there are plenty of new movies that will keep you entertained all month long. From horrors to rom-coms and everything in between, there’s something for everyone this month.

Here are the movies to watch this May:

The Curse of La Llorona

Release date: May 1
Set in the early '70s, this horror flick follows a social worker who investigates a mysterious case of disappearing children. The story is loosely based on a Mexican folklore about the Weeping Woman, the vengeful spirit of a mother who wanders along the river, weeping for her lost children.

Release date: May 3
Netflix continues its rom-com streak, this time centering around a group of teens who embark on a summer of adventure, romance, and chasing their dreams before they head off to college. It features an ensemble cast that includes Riverdale star KJ Apa, Teen Wolf star Tyler Posey, Maia Mitchell, and more.

Release date: May 8
Ready for more heartbreak? A sequel to the 2015 romantic indie flick Ang Kwento Nating Dalawa is officially on the way, and those looking for some closure or resolution will finally get some answers (or… you know, maybe not). Set five years after the events of the first film, the sequel follows exes Sam (Nicco Manalo) and Isa (Emmanuelle Vera) who try to reconcile their feelings as they search for themselves.

Release date: May 9
This live-action adaptation follows a former Pokémon trainer named Tim (Justice Smith), whose paths cross with a wise-cracking Pikachu (Ryan Reynolds), who once belonged to Tim’s now-missing father. After discovering that he is the only one who can hear Pikachu talk, Tim joins forces with his newfound friend to solve mysteries in the city.

Release date: May 10
In need for a good laugh with your best friends? Amy Poehler produces and directs this Netflix Original film about six women who travel to Napa Valley in California to celebrate a 50th birthday, only for their trip to get hilariously messier by the minute. This movie features an all-star ensemble cast that includes Maya Rudolph, Rachel Dratch, Ana Gasteyer, Paula Pell, Tina Fey, Jason Schwartzman, and more.

Release date: May 15
Julia Barretto momentarily departs from her love team with this new romance flick alongside Gerald Anderson. She plays Hazel, a successful actress struggling to balance her career and personal life. To escape her troubles, she takes a random flight to Japan; there, she meets Louie (Anderson), whose parents have just been deported back to the Philippines.

Release date: May 16
Get ready for some edge-of-your-seat action as John Wick returns to the silver screen. Keanu Reeves reprises his role as the titular assassin, who must fight his way out of New York with a U.S. $14 million bounty on his head. The third installment of the popular action franchise also stars Halle Berry, Laurence Fishburne, Ian McShane, and more.

The Sun Is Also a Star

Release date: May 16
Based on a YA novel of the same name, the plot centers on Natasha (Yara Shahidi), a quantum physics student who meets a charming foreign exchange student named Daniel (Riverdale’s Charles Melton). Sparks immediately fly between them, but their blooming romance is tested when they learn that Natasha’s family is facing deportation.

Godzilla: King of the Monsters

Always Be My Maybe

Release date: May 31
Easily one of the most exciting rom-coms this year, Netflix’s Always Be My Maybe stars the hilarious comedic powerhouse of Ali Wong and Randall Park. In the film, they play childhood friends, Sasha and Marcus, who have a falling out and don’t speak for 15 years. They reconnect as adults, leading vastly different lives, but wrestling with the sparks that are still there.