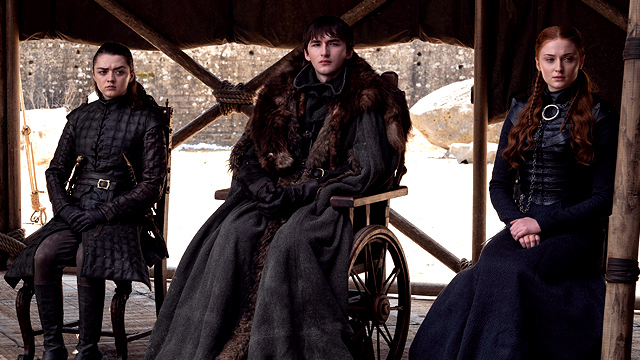 A Song of Ice and Fire isn't over yet! Spoilers ahead.

(SPOT.ph) To say the final season of HBO's Game of Thrones hasn't gone down well would be an absolute understatement. Fans all over the globe have expressed their extreme dissatisfaction with the last few episodes' over-all production—even going so far as to start a petition for the entire season to be remade (with nearly 1.5 million signatures as of writing!). But author George R.R. Martin has finally given an answer to everybody's most burning question: Will the A Song of Ice and Fire novels end the battle for the Iron Throne the same way?

Martin has promised to shine a light on more characters in the wide world of Westeros. "The readers will learn what happened to Jeyne Poole, Lady Stoneheart, Penny and her pig, Skahaz Shavepate, Arianne Martell, Darkstar, Victarion Greyjoy, Ser Garlan the Gallant, Aegon VI, and a myriad of other characters both great and small that viewers of the show never had the chance to meet. And yes, there will be unicorns… of a sort…" he wrote.

The Game of Thrones series' earlier seasons were based on the novels of A Song and Ice and Fire, before deviating in seasons five and six—still under the guidance of the author and with some inspiration from the books. The epic fantasy novels' latest book, A Dance with Dragons, was published in 2011, with Martin currently working on The Wind of Winters, while A Dream of Spring is set to follow.

There are no official release dates for the books yet, and with Martin notorious for his pace, we can only hope someone will finally get to sit on the Iron Throne.