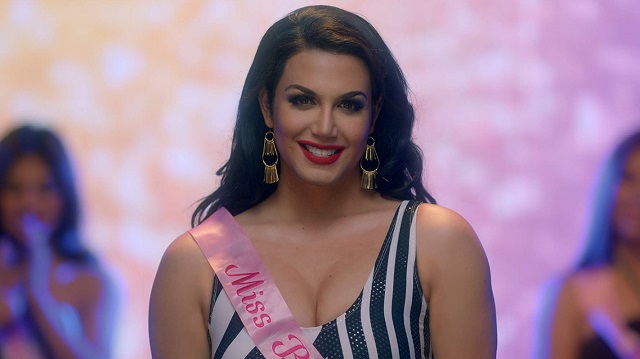 The micro-cinema starts off Pride Month with a special selection of movies.

(SPOT.ph) This year's Pride Month is setting itself up to be an exciting one with lots of events leading up to the Metro Manila Pride Parade on June 29. If you're looking for a way to celebrate while waiting for the big event, then head on over to Cinema '76 for their special screening of Pinoy LGBT films from June 1 to June 6, at both their Anonas and San Juan branches.

"We selected the ones that we feel could use more exposure, films that we think our audience would be interested to see," says Onel Miranda, Assistant Vice President for Cinema '76, in an exchange with SPOT.ph. "It's meaningful for their voices to be heard by as many people possible. We take pride in their work," notes Miranda.

Tickets cost P180, while students can watch a flick for only P150—just be sure to bring your ID. Check out the films and their schedule below:

Jun Lana's film tells the story of Trisha (Paolo Ballesteros), a transgender woman whose wake turns into a battleground for her LGBT friends against the prejudices she fought all her life. The film moves between events after her death and her colorful life.

This film directed by Rod Singh is about a middle-aged transgender woman who unexpectedly becomes a mother to her orphaned niece. It follows her struggles as she tries to balance being a mother, a partner, a worker, and her own self.

Directed by Samantha Lee, who also gave us Baka Bukas, this comedy-drama tells the story of two high school girls in the province who fall for each other—except one of them is already pregnant.

Starring film veterans Eddie Garcia and Gloria Romero, this film is a unique look at a family coming to terms with their aged father's true sexuality.

This comedy-drama follows the story of Ned (Angeli Bayani), a lesbian tattoo artist, as she tries to fulfill her dream of having her own child.

Cinema 76 Microcinema Pride Month Pinoy Lgbt Film Die Beautiful
Your Guide to Thriving in This Strange New World
Staying
In? What to watch, what to eat, and where to shop from home
OR
Heading
Out? What you need to know to stay safe when heading out