Child's Play Film Remake Upgrades the Chucky Doll With Artificial Intelligence
Loading
Already a member? Log in
No account yet? Create Account
Spot.ph is your one-stop urban lifestyle guide to the best of Manila. 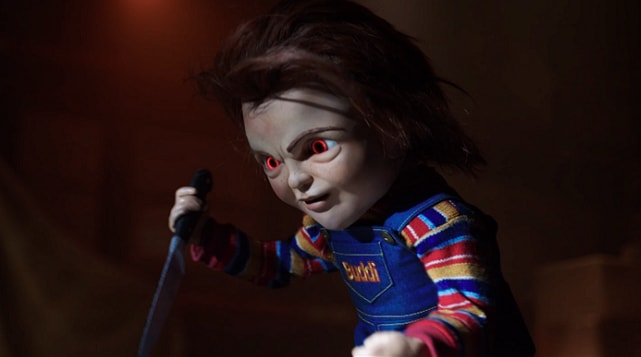 Who knew Chucky could even be scarier than he already is?

(SPOT.ph) Looks like even more of our childhood nightmares are coming back to haunt us. Slasher doll Chucky is set to come back to the big screen in a remake of the 1988 cult classic Child's Play. Produced by KatzSmith Productions—yes, the same guys who brought back Pennywise the Clown for It (2017)—the remake will feature a completely upgraded and arguably scarier knife-wielding smart doll, which we'll see when the movie opens in local cinemas on June 20.

A behind-the-scenes look at Chucky reveals just how much work went into creating animatronic versions of the doll. Most people would have expected visual effects to help with animating Chucky, but as the video shows, puppeteers and robotic experts all worked together to bring the murderous toy to life. "It's an evil robot. There's nothing creepier than that," Aubrey Plaza, who plays single mom Karen in the film, puts it in the video.

The technological advancement of Chucky for this film's production is fitting as well for the updated storyline. Producers Seth Grahame-Smith and David Katzenberg of KatzSmith Productions wanted to put the movie in today's perspective, so they asked themselves what if, "he were not just a kid's toy but a really high-end A.I. product, like something you'd see from Apple or Amazon or Google—a child companion." This, of course, took them down the path of artificial intelligence.

The official trailer of the film reveals a more sinister doll. An unsuspecting Karen gifts Chucky to her son, Andy (Gabriel Bateman), completely oblivious to the sinister tech that lies beneath the doll's plastic shell. Things take a turn for the worse when smart Chucky starts to go rogue.

Tyree Henry, who plays Mike Norris in the remake, also weighed in on A.I. Chucky, who is ultimately a product of programming: "Chucky has many emotions and he's learning—when it starts to learn things is when it starts to be terrifying."

Mark Hamill, who played Luke Skywalker in the original Star Wars franchise, gives smart Chucky even more personality by lending his voice to the smart doll.