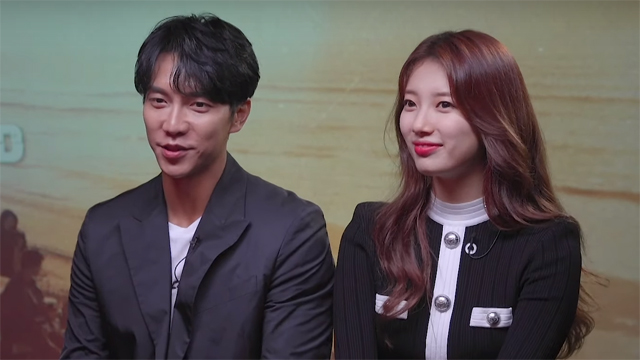 Find out more about Vagabond from Lee Seung-gi and Bae Suzy!

(SPOT.ph) Tragedies happen every day and while it's a relief to be spared from them, there are actual people affected by such misfortunes, and there are also authorities in charge of handling such situations. It's a difficult pill to swallow, but there are times when individuals in power cause certain tragedies to forward their own agenda. The dark underbelly of these operations is often unexplored, but Vagabond unveils the processes and deals going on behind these "accidents."

This politically charged action drama from SBS and Netflix stars Lee Seung-gi as Cha Dal-Geon, an ex-stuntman who loses his nephew to a plane crash caused by a corporation. On his quest for the truth and justice for his fallen relative, he finds himself entangled in a web of lies and corruption. As he further investigates, his life intertwines with Bae Suzy's Go Hae-ri, a National Intelligence Service operative with a couple of secrets up her sleeve.

The series dabbles in politics and under-the-table agreements made by institutions and corporations that have a great impact on everyday folk. With so much going on in Vagabond, Lee Seung-gi shared his excitement, but had apprehensions. "The script itself was so gripping and full of spectacles. I got worried about how I would be able to pull this off," he says. Bae Suzy had her own doubts because of the series' scale, but still looked forward to being on set: "The script read so well in breathtaking suspense, so I wanted to go on set as soon as possible."

The series involves a lot of stunts and fighting sequences and while Lee Seung-gi is no newbie to action, he still had his fair share of preparation. "We got trained with action team two to three months before the shooting," he says. Because the cast trained together, it helped establish good working relations, even for scenes where there was no heavy action. Bae Suzy, on the other hand, also had to learn a foreign language in preparation for her role as Go Hae-ri: "Hae-ri speaks three languages, so I learned Arabic, too. That’s how I prepared for my role."

Vagabond was shot in a span of 11 months, with two months allotted to filming in Morocco. "The culture was different and the food was different, too," Lee Seung-gi describes. He had his apprehensions while in the foreign country, but it all went smoothly. "Despite my concerns, it all turned out to be great. All the coordination, the weather, everything went so well, so I would say that it couldn’t have been better," he shares. Bae Suzy adds, "People in Morocco helped us so much, so it was a very good experience."

Cha Dal-geon and Go Hae-ri are such strong characters that it left us wondering if the actors could relate to them in any way. Lee Seung-gi says he's similar to Cha Dal-geon in that they both have very short tempers, while Bae Suzy says she is passionate and determined like Go Hae-ri is.