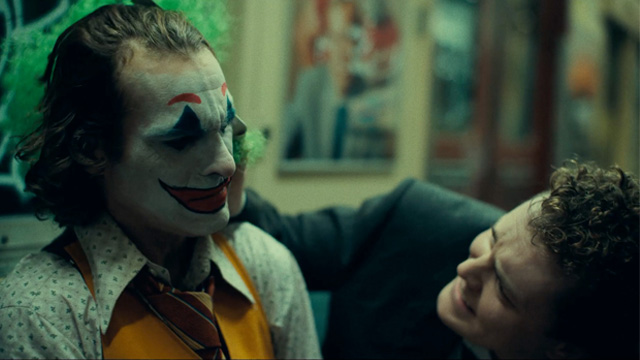 (SPOT.ph) You’re in for a thrilling ride this October with a new roster of films that will have you on the edge of your seat. This month, watch the shocking rise of an Oscar-buzzy Joker, the highly anticipated (and surprise) return of Jesse Pinkman, several intriguing dramas on Netflix, and even fantasy movies for the whole family. Grab the popcorn and pencil in these release dates, Spotters!

Here are the movies you should catch this October:

Release date: October 3
Forget the polarizing Jared Leto version in Suicide Squad; this is the Joker origin story that film fans need to see—if its Golden Lion prize at the Venice Film Festival is any, that is. Joaquin Phoenix dons the clown makeup as Arthur Fleck, a failed stand-up comedian whose descent into madness turns him into the criminal mastermind of Gotham known as the Joker. The psychological thriller also stars Robert De Niro and Zazie Beets.

In The Tall Grass

Release date: October 4
Based on the horror novel co-written by Stephen King, Netflix’s adaptation centers on two inseparable siblings, Ross (Patrick Wilson) and Becky (Laysla De Oliveira), who decide to go on a cross-country trip together. Along the way, they drive by a tall field of grass and hear a little boy calling for help. Their attempt to save him quickly turns into a dangerous adventure when they soon realize there’s no way to escape the field and there’s something dark lurking in the tall grass.

Release date: October 9
Will Smith makes a cinematic return to the action genre with Gemini Man, where he plays Henry Brogan, an aging government assassin who somehow finds himself going head-to-head with a younger and equally skilled version of himself. Directed by Oscar-winning filmmaker Ang Lee, it also stars Mary Elizabeth Winstead, Clive Owen, and Benedict Wong.

Release date: October 11
Aaron Paul reprises his award-winning and most memorable role yet as Jesse Pinkman in the onscreen continuation of the Emmy-winning crime series, Breaking Bad. Netflix’s take is set during the aftermath of the series finale, where Jesse is on the run from law enforcement after the bloodbath that took Walter White’s life. Aside from Jesse, other memorable characters such as Skinny Pete, Badger, and Mike are set to return, alongside more rumored names. If you aren’t already excited, series creator Vince Gilligan is also El Camino’s screenwriter, producer, and director!

Release date: October 16
Set five years after the first film, Maleficent (Angelina Jolie) is now living a peaceful life as the protector of the Moors. Things take an unexpected turn when Aurora (Elle Fanning) is engaged to marry Prince Phillip (Harris Dickinson), and the prince’s mother (Michelle Pfeiffer) plans to use the wedding to further divide humans and fairies.

Release date: October 18
Ellen Martin (Meryl Streep) is an unassuming widow whose dream vacation leads her to discover a series of shady dealings that can all be traced to a Panama City law firm led by two partners, Jürgen Mossack (Gary Oldman) and Ramón Fonseca (Antonio Banderas). She soon uncovers that her financial predicament is just one tiny part of a massive off-shore tax scheme involving the world’s richest and most powerful political leaders. Netflix’s The Laundromat is directed by Steven Soderbergh, who’s best known for his hit heist franchise, the Ocean’s trilogy.

Dolemite Is My Name

Release date: October 25
Eddie Murphy makes an intriguing cinematic comeback with Netflix’s biographical comedy about filmmaker Rudy Ray Moore, who is best known for portraying the character of Dolemite in both his stand-up routine and a series of “blaxploitation” films. After premiering at the Toronto International Film Festival, many critics praised Murphy’s performance.