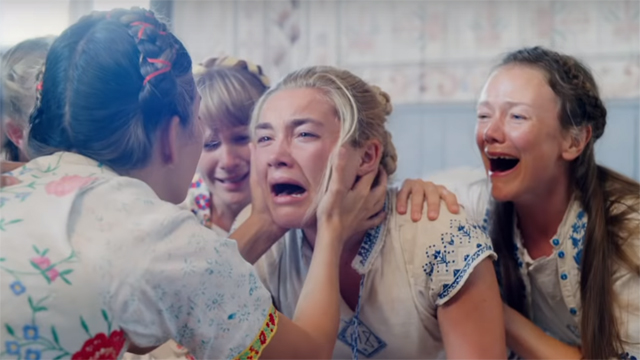 (SPOT.ph) 2019 has had its fair share of horror films—Ari Aster's bright yet horrific Midsommar gave you this illogical fear of white dresses while horror takes on a new form in Scary Stories to Tell in the Dark. South Korean films have also brought the chills with supernatural evils in The Divine Fury, communicating with the dead in 0.0 mHz, and the terrors of horror filmmaking are discussed in Warning: Do Not Play. If you missed your chance to watch these films, Cinema '76 is including them in their ScareFest lineup, which you can watch at their Anonas branch from October 23 to 30.

If you're going as group, you you can get the Terror Bundle, which gives you four tickets and an extra one free for the price of P600. Watching with your S.O. or a friend? Avail of the Scare Pair bundle which gives you two tickets for P250. If you're watching alone for the thrill of it, solo tickets are available at P150 per screening.

Here are the films you can watch during ScareFest:

Cult-like rituals never looked this good. When a group of college friends (Florence Pugh, Jack Reynor, William Jackson Harper, and Will Poulter) decide to go to Sweden upon the invitation of Pelle (Vilhelm Blomgren), a Swedish classmate, they were expecting a summer full of fun and good times. As the Midsommar festivities go into full swing, they realize that the pretty flowers and pristine dresses aren't all they seem.

Scary Stories to Tell in the Dark

Haunted houses make for a fun visit, except some people don't get the chance to walk out of them alive. Mill Valley owes its wealth and growth to the affluent Bellows family who started everything from the ground up. When the neighborhood kids go exploring, they unearth a book written by Sarah Bellows (Kathleen Pollard) and begin to experience terrifying phenomena as they uncover the truth about their small town.

Having lost his parents in his youth, Yong Hoo (Park Seo Joon) channeled his energy and anger at the world into MMA fighting, and excels at it. He begins to experience stigmata and acquires supernatural abilities which he must now use to combat demonic activity in South Korea.

Members of a paranormal enthusisasts club explore a haunted house in the woods and stumble upon a device that allows them to communicate with ghosts and souls at the frequency of 0.0 mHz. This film stars Apink's Eunji and Infinite's Sungyeol.

Warning: Do Not Play

Rookie film director Mi Jung (Seo Ye Ji) has been planning a horror film for eight years. During her preparation, she hears of a film that was banned and she becomes adamant on finding out more about it. She is warned not to seek it, but her obsession with the film leads her to extreme and horrific discoveries.