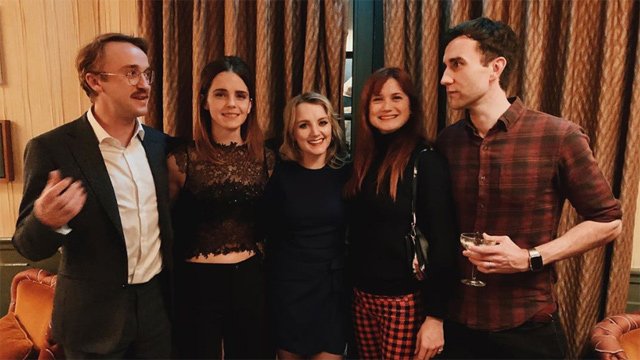 All chill has been lost.

(SPOT.ph) It's been eight years since the cast of Harry Potter last raised their wands. Sure, the magic lives on in every fan and it's still nice to rewatch the films and immerse yourself in the world of wizardry, but a reunion would be nice. Seems like Emma Watson, who played Hermione Granger, heard you because she posted a photo of the cast's Christmas celebration.

This nostalgic reunion is a proper hit in the feels and people are freaking out. It's like everyone went into a happy meltdown, which we didn't know was possible until now. The folks of the Internet are a funny and amusing bunch, and the reunion resulted in a lot of funny posts.

Here are some of the Internet's best reactions to the Harry Potter reunion:

Everybody say "Thank you, Tom Felton!"

He's going to take one for the team.

Did fans ever say goodbye if the cast kept giving them content this year?

Nice to see some friendships last a long time.

Is this what they call aggressively missing someone?

The glow-up memes are a real treat.

Yes, it really did happen.

At this point, we know you know it happened. We'll leave you to freak out.