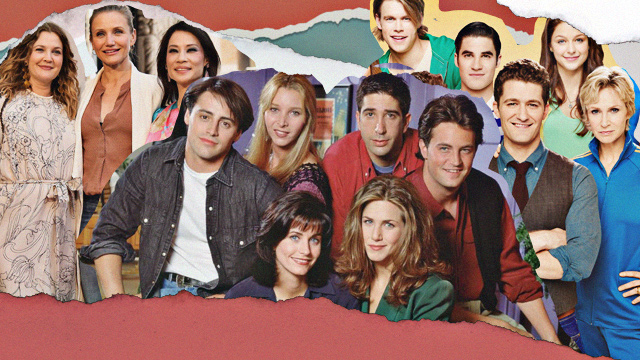 (SPOT.ph) When you love a show or movie so much, you just want more and more of it, long after it’s ended. Arguably, one reason you got hooked is how well the cast brought an idea to life and a part of you wishes the old gang would get back together again and maybe, just maybe, revisit the past to create a new film or series. Several cast reunions took place in 2019, both complete and incomplete, and we rounded up 10 of them just to tell you that they’re okay, and still very much friends beyond the set—just like you imagined!

Here are 10 cast reunions that will give you major nostalgia:

Don’t you wish Friends just never ended? Every year, fans call for a reunion or a remake or anything to see the cast back together on that couch, and for a while you may have been heartbroken, but Jennifer Aniston’s here to piece it back together. She made her Instagram debut with a photo of the entire Friends cast of Lisa Kudrow, Courtney Cox, Matthew Perry, Matt LeBlanc, and David Schwimmer, and it broke the photo-sharing platform. Turns out the photo was a hint for something bigger: There’s a Friends reunion project in the works in time for the show’s 25th anniversary!

You got a 2019 remake of Charlie’s Angels, but the OG girls are still as badass, fashionable, and tight-knit as can be, 19 years later. Lucy Liu, who plays Alex Munday in the film, got her star on the Hollywood Walk of Fame on May 1, and fellow angels Cameron Diaz, who plays Natalie Cook, and Drew Barrymore, who plays Dylan Sanders, swooped in to show support. In the film, all the girls have each other’s backs no matter how sticky the situation. It’s nice to see the gals are all friends in real life, and make it a point to show up for the big moments.

Remember looking forward to new episodes every week? Aside from getting hooked on the cast’s covers, a part of you wished people would break into spontaneous song and dance number in high school, as if everyone just magically knew the words and could harmonize perfectly. The show’s last season aired in 2014 and while the members of the cast are doing their own thing, they still make it a point to meet each at least once a year. We kid you not, music brought them together in 2019. Some of the folks—Sam’s Chord Overstreet, Quinn’s Dianna Agron, Mercedes’ Amber Riley, Tina’s Jenna Ushkowitz, Mike’s Harry Shum Jr., and Artie’s Kevin McHale came together at Los Angeles bar in June to belt out songs from 2019 film A Star Is Born. Did we mention Darren Criss accompanied on the piano?

The magic lives on in the hearts of every Potterhead, but a cast reunion brings nostalgia (and freakouts) like no other. Emma Watson, Tom Felton, Evanna Lynch, Bonnie Wright, and Matthew Lewis got together for a Christmas celebration, eight years after the last Harry Potter film premiered. Missing from the photo are Daniel Radcliffe and Rupert Grint, but it’s nice to know that they’re still good friends after all these years.

In case you didn’t know, there’s a Lizzie McGuire reboot happening over at Disney+. Just like that, it’s 2001 again and you’re probably on your way to bring back sequined tops and print on print. Hilary Duff is back as Lizzie, along with Robert Carradine as dad Sam McGuire, Hallie Todd as mom Jo McGuire, and Jake Thomas as brother Matt McGuire. Yes, you’ll also get to see Gordo after all these years because Adam Lamberg is onboard! Imagining Lizzie in a 2020 outfit seemed out of this world, but oddly enough, that’s exactly what she would wear today.

Some believe that men and women can be just friends, while some may argue that it’s impossible. The 1989 film When Harry Met Sally plays around with the idea and explores how the two titular characters skirt around this argument over the span of 12 years. Billy Crystal, who plays Harry, and Meg Ryan, who plays Sally, reunited to celebrate the film’s 30th anniversary at the TCM Classic Film Festival in Hollywood. Turns out castmates (and boys and girls) can still be friends after all these years.

You didn’t know you wanted a walk-in closet with an automated electronic system to help you pick and sort out your outfits until Cher Horowitz from Clueless showed you its wonders. Before Mean Girls was a thing, this flick was the go-to for style inspo and quotable quotes. Alicia Silverstone, who plays the fashionable Cher, joined former Clueless castmates Paul Rudd, Donald Faison, and Breckin Meyer on a panel at the Chicago Comic & Entertainment Expo in March to talk about the film and a possible sequel. The cast also showed love for their late co-star Brittany Murphy.

Before Gossip Girl and Riverdale, the teen soap genre was ruled by Beverly Hills, 90210. The cast of Jason Priestly, Luke Perry, Shannen Doherty, Jennie Garth, Ian Ziering, Gabrielle Carteris, and Brian Austin Green came together at the beginning of 2019 not just for a reunion, but for a BH90210 reboot, too. This time around, they play exaggerated versions of themselves. While they’ve grown up and things have changed, it seems there will always be room for drama and intrigue.

Who says foreign casts are the only ones reuniting? Nothing brings old friends together like a birthday and One More Chance’s Thursday Barkada got together on November 26 to celebrate Krizzy, er, Dimples Romana turning 35. Bea Alonzo, Bea Saw, Janus Del Prado, and Ahron Villena all came over to be with the Kadenang Ginto actress on her special day. We know you’re not one to complain at all, but John Lloyd Cruz appearing as Popoy would have made it perfect.

Who would have thought that the shiny leather jacket would still look good on Danny Zuko’s John Travolta? Let’s not forget Sandy Olsson’s Olivia Newton-John who looks just as fresh in sunny yellow! The two actors bring back their Grease characters, 41 years after the movie was released. Turns out the pair decided to bring out the outfits for a Grease sing-along and Q&A session at the Coral Sky Ampitheatre on December 13. It isn’t included in Travolta’s Instagram post, but Newton-John also took the time to change into Sandy’s edgier outfit right in time for the sing-along.