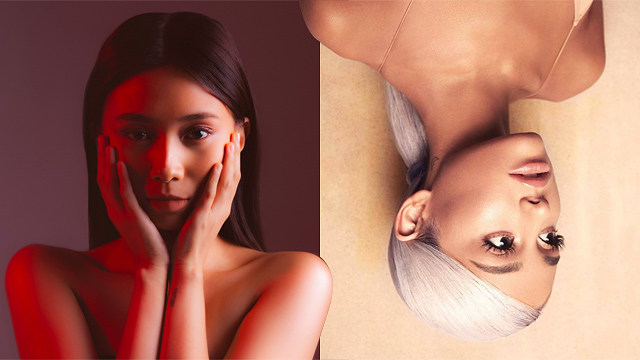 For those in this situation of being more than friends, but less than lovers.

(SPOT.ph) Picture this: texting until 2 a.m., hanging out all the time, being more touchy-feely than usual, and going out of your way for each other. It’s all fun and games until the big question comes up—“So, ano ba tayo?” The silence is deafening, the pause lasts a lifetime, and the indecision makes you dizzy. Friends and Lovers are two separate islands and in between is the Sea of Ambiguity. This weird transient state has been called a myriad of things—dating, situationship, and even being a super friend—but we’ll go ahead and call it a non-relationship. It’s a popular trope in films, books, and TV shows, and it’s ever-present in songs. If you’ve been feeling like no one gets you and your conflicting emotions, these tracks will have you know you’re not alone.

Here are 10 songs that capture the vagueness of your non-relationship:

Entwined hands, warm smiles, and a beautiful night—but you know this could all just be a prelude to a goodbye. Every gaze feels like a guessing game, and there’s really no telling where it’s going, but you stick around anyway. There’s only one problem with this no-label, non-commital situation: You’ve already fallen, but it’s a one-way thing. We don’t know how Indonesian singer NIKI bottled up this exact feeling and turned it into a song, but her distinctive vocals and punchy lyrics make for the perfect background track as you question your non-relationship late at night.

“Should I” by Phoebe Ryan

You frequently hang out with a person, talk to them for hours on end, go out of your way for each other, and weather the final test: meeting each other’s friends. It’s all fun and laughs, until you get asked what this whole set-up is. Hesitation seeps in and “we’re, um, friends.” Right, of course you are. Friends who call each other baby, sure. Ideally, the line between friends and partners is one that’s clearly defined, but it’s so much more complicated than that and said line has never been blurrier. If it makes you feel any better, this catchy ditty from Phoebe Ryan (which was used in Someone Great!) encapsulates that feeling perfectly, so at least you know you’re not alone.

Flirting? Check. Promises? Check. Intimacy? Check. Label? Er, we’ll get back to you on that. When you haven’t plastered a label on a connection, it’s not exactly your place to ask for more when you guys aren’t even together. This 2019 single from Ariana Grande featuring Social House paints a picture of how emotionally frustrating and tiring it is to expect something from a non-relationship. Grande herself said that this track goes out to everyone who wants to commit, but is held back by doubts and the fear of getting hurt.

The title’s pretty self-explanatory and as much as we wish it were easy to tell friend and lover apart, the 2020 dating and relationship landscape is a complicated terrain. We suppose it would be easy to respond to “So, what are you guys?” if both parties had an answer, but it sucks to say that that’s not always the case. It also doesn’t help if you’re the only one wanting to take it further than just being friends. This percussion-heavy track from Studio Black might hit too close to home, with lyrics about what-ifs, unanswered questions, and visions of what could have been.

This funky-pop track from Carly Rae Jepsen about serious feelings and horrible timing is painfully easy on the ears, unlike being told you’re the “complicated friend,” and honestly, what the hell does that even mean? Electric Guest joins her in this track to lend extra height to the chorus. You probably know better than to stay in a setup that doesn’t reward you with full commitment but my goodness, it just feels so right and it’s a drug you just can’t get enough of.

“Even If It Hurts” by Tei Shi feat. Blood Orange

When you’ve put everything on the line and you’ve done everything you can, there’s really nothing more left to do except to hope that your feelings are reciprocated. Tei Shi’s cool vocals blend smoothly with Blood Orange’s buttery voice in this emotionally loaded track about giving your all without expecting anything in return. Sure, it’s cruel to keep you on the line, baited with a tiny sliver of hope (paasa much!), but we don’t blame you at all for choosing to stay with someone who can’t commit. We’ve all been there. And hey, no matter how many times you feel like you’re in the wrong for loving someone, please remember: hindi ka tanga, nagmahal ka lang.

“Your Girl” by Sam Rui

Sam Rui’s sing-song delivery and unique timbre will have you floating in a dream—like all the times you’ve imagined a relationship with your...super friend. Your hangouts and actions scream commitment and they’ve told their friends how great it’s going between the two of you, but when it all boils down to labels, the conversation trails off. As Sam Rui sings, you could easily be the girl, but there’s no move to DTR, and we suppose you’ll hover in the in-between for a while.

It’s over—you’ve talked about it before—but can you truly say it’s over if you keep coming back for more? Mind games are such a drag but the thought of being something more picks at your brain. SZA and Travis Scott collaborate for this non-relationship anthem and the exchange between their voices provides for a nice contrast, all cushioned by fast-paced drums and airy vocal riffs. Relationships are complicated as is, but “Love Galore” talks about how non-relationships take it a notch higher.

“Why Can’t We Just Dance?” by Lisa Prank

Do not be deceived by the peppy beat, pronounced guitars, and carefree vocals of Lisa Prank, because a closer listen unveils an argument in the song. Labels can complicate things, and if you feel right, why the need to define it? The heavy conversation not only ruins the happy mood of a good moment, but it can mean getting stuck in a commitment both parties aren’t necessarily ready for. We’re not here to tell you how to live your life, but if something’s nice and easy, it isn’t wrong to keep it that way.

“I Don’t Know Her” by Diet Cig

You’ve done your wishing and wanting to be in a loving, committed relationship, but it won’t exactly do you well to dwell in moments that won’t amount to anything. Duo Diet Cig starts it off with a daydream backed by gentle drumming and vocalist Alex Luciano’s clear voice disrupts the calm with a sobering line: “I don’t want to feel nostalgic for something that never happened.” Caveat: it could have actually worked out, but indecision is a cruel teacher.

Non-relationships Niki Phoebe Ryan Arian Grande Studio Black Carly Rae Jepsen Tei Shi Sam Rui Sza Lisa Prank Diet Cig
Your Guide to Thriving in This Strange New World
Staying
In? What to watch, what to eat, and where to shop from home
OR
Heading
Out? What you need to know to stay safe when heading out