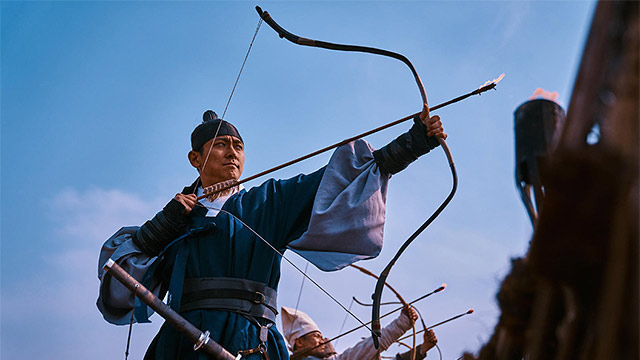 After CLOY and Kingdom, Here's a Peek at Netflix's K-Drama Slate

Netflix shares the secrets behind the success of their Korean content.

(SPOT.ph) You know a Korean drama's popularity has gone through the roof when viewers start shipping the lead stars off- and on-cam, plans to visit the exact shooting locations suddenly become a thing, and elements integral to the storyline piques great interest (raise your hand if you've gotten curious about North Korea lately—we totally understand). Such is the case with Crash Landing on You, a 2019 romance series on Netflix that hasn’t budged a bit from the streaming service’s Top 10 list in the Philippines for nearly a month.

For Minyoung Kim, Netflix’s vice president for Korean content, the success of Crash Landing on You is a combination of two things: a strong writer and a strong story. In a video roundtable interview with Kim, she explains, “I sort of see a formula on top of the shows that work really well.” Writer Park Ji Eun, one of the top creators in the Korean television industry, penned the wildly popular series, and the show starred big names like Hyun Bin (My Name Is Kim Sam Soon, Memories of Alhambra) and Son Ye Jin (Something in the Rain) as leads.

In Crash Landing on You, affectionately called “CLOY” by fans, North Korean soldier Ri Jeong Hyuk and South Korean heiress Yoon Se Ri defy the odds—cultural differences and geographical difficulties be damned. Kim finds their tale very compelling and thinks it's something that people can empathize with; a mix of “fantasy” that’s “also in our daily lives.”

Another show that has caught the attention of plenty of K-Drama fans in the Philippines is zombie period drama Kingdom. As Kim sees it, the Ju Ji Hoon and Bae Doona starrer caters to those who already like K-Dramas and would want to go beyond their usual fix. It also opened the doors for an audience who Kim describes as a “non-Korean content watcher.” The second season started streaming on March 13, and like CLOY, has been on Netflix’s Top 10 since its release.

With these successful shows, you might wonder whether Netflix has a tried-and-tested formula or not, especially since their platform is home to a mix of original and licensed content. Kim shares that when they got a chance to meet Kim Eun Hee, writer of Kingdom, she already had a vision in mind for the show. “She [Kim Eun Hee] actually gave us Kingdom because she knew that at Netflix, she will be able to show as far as she wanted to show. Whether it's a little bit of more blood, a little bit of killing or politics, whatever subject matter it may be, she was able to go as far as she wanted.”

And then there are shows like Love Alarm, which already had a huge fan base as a web comic, and the upcoming series Extracurricular, which was directly pitched to them. “There isn't a particular process,” says Kim. “The creative process is fully formed through communicating with the creators,” she continues. At the end of the day, it’s about filling the gap—which Kim explained in a previous interview with SPOT.ph as “figuring out the gap between what is being served” and “what the audiences want”—with shows that haven’t been done in the traditional system.

And yes, anyone who's looking forward to binge-watch new shows after CLOY, Kingdom, and the recently concluded Itaewon Class have plenty of new choices with Netflix's Korean content lineup for 2020. On March 28, sci-fi K-Drama series Rugal starts streaming on the platform. It stars Choi Jin Hyuk and Park Sung and revolves on a promising police detective named Kang Gi Boem who is suspected of murdering his own wife. He ends up being part of an organization called Rugal, which goes after a terrorist group that also happens to be responsible for his wife's murder.

There’s also Extracurricular, which follows the life of a high-school student (Kim Dong Hee) who turns to crime so he could send himself to college. The show launches on April 29. "Our cast in Extracurricular are very new but very talented actors and actresses," Kim tells us.

Long-time K-Drama fans are in for a treat, too, with familiar names like Lee Min Ho and Kim Go Eun (Ji Eun-Tak in Goblin) pairing up for The King: Eternal Monarch, scheduled to be released in April. The romantic fantasy drama is penned by Kim Eun Suk, who wrote popular shows such as Goblin, Mr. Sunshine, and Descendants of the Sun. Kim Soo Hyun of My Love from the Star fame will star opposite Seo Ye Ji in romance drama It's Okay to Not Be Okay, which launches in June.

Other shows that are currently in production include Twogether, featuring Lee Seung Gi of Vagabond and Taiwanese actor Jasper Liu, where they play celebrities; fantasy drama The School Nurse Files starring Jung Yu Mi (Train to Busan) and Nam Joo Hyuk (Weightlifting Fairy Kim Bok Joo); and Sweet Home, Song Kang's next series after Love Alarm, alongside Lee Jin Wook, and Lee Si Young. Its story is based on a horror webtoon.

If their lineup is any indication, "the gap," as Kim puts it, is bound to be filled with new shows to binge-watch and fall in love with—just as Netflix's other Korean shows have done.

Netflix Minyoung Kim Korean Dramas Adventurer Savvy Seasoned Streaming Services
Your Guide to Thriving in This Strange New World
Staying
In? What to watch, what to eat, and where to shop from home
OR
Heading
Out? What you need to know to stay safe when heading out