Korean Drama It's Okay to Not Be Okay Streams on Netflix June 20
Loading
Already a member? Log in
No account yet? Create Account
Spot.ph is your one-stop urban lifestyle guide to the best of Manila. 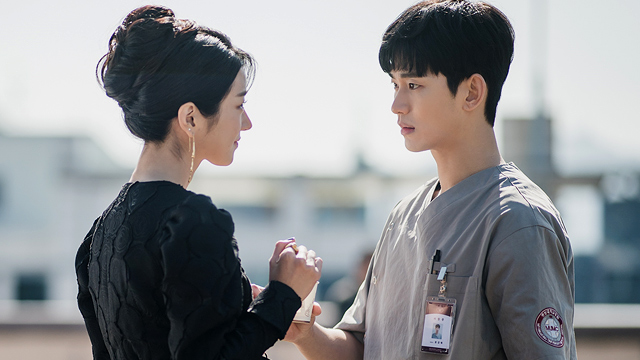 An Unlikely Love Story Unfolds in This Upcoming Netflix K-Drama

(SPOT.ph) When destiny brings together two individuals whom you didn't think would fall for each other, it makes for a riveting, curious watch. And this is what the characters in Netflix's upcoming romance series, It's Okay to Not Be Okay, appear to be. Viewers will get to witness an unusual romance blossoming between Moon Gang Tae (Kim Soo Hyun), a caregiver in a psychiatric ward, and Ko Mun Yeong (Seo Ye Ji), a popular children's book author with antisocial personality disorder. Together, they end up healing each other's emotional and psychological wounds.

At the helm is director Park Shin Woo, who is behind the shows Encounter (Song Hye Kyo, Park Bo Gum) and the 2016 Gong Hyo Jin-Jo Jung Suk starrer Jealousy Incarnate. Writer Jo Yong (After the Rain, Jugglers) penned the script.

Not much about the show has been revealed as of writing, but SPOT.ph got the chance to join the show's online press conference and got bits and pieces of what viewers can expect from the series before it hits the streaming platform on June 20.

In case you didn't know, this show marks Kim's first project since his mandatory military service. As Gang Tae, he takes on the role of a health worker and as a guardian to older brother Sang Tae (Oh Jung Se), who is on the autism spectrum. Kim describes his character as "somebody who is stronger than anyone else in front of other people. However, when he is left alone to himself, he is weaker than anyone else."

"After reading the script, I really felt like it was something that I wanted to challenge myself to do. I wanted to be able to express that heartache into this form of art," Kim says. The drama starts off on a more laid-back note, shares Kim, but as the series progresses, audiences will find themselves engulfed by the story.

Seo shares that she researched a lot for her role as Mun Yeong—from the actual disorder to similar characters. She also paid close attention to her character's appearance. "I think there's going to be some things that my character wears that might even come across as a little odd to other people," she says. While the look was deliberate, Seo stresses that it's not meant to make the character "fashionable" or to "show off," but rather, a form of expression. "[It's] something she puts on to defend herself," Seo explains.

Kim hopes that viewers will be able to relate to the series despite the cultural differences, stressing the universality of how we care about our loved ones and toward others. "There are a variety of characters and all of them have different stories... and there's also a lot of love," Kim says.

For Seo, taking this role has helped her learn new things about herself and in the process, experience "truly healing some of the things that I had inside me." And with this, both leads hope that viewers could experience some healing, too.

It's Okay to Not Be Okay starts streaming on Netflix June 20.

K-drama Adventurer Savvy Netflix Streaming Service Its Okay To Not Be Okay Kim Soo Hyun Oh Jung Se Seo Yea Ji
Your Guide to Thriving in This Strange New World
Staying
In? What to watch, what to eat, and where to shop from home
OR
Heading
Out? What you need to know to stay safe when heading out