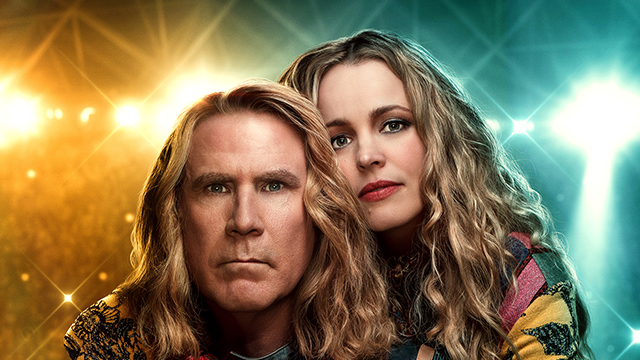 Hey Fam, You Can Karaoke Your Way Through Eurovision's Most Popular Songs

The latest Will Ferrell hit has excellent laughs and even better songs.

(SPOT.ph) If you need to watch something over-the-top, ridiculously hilarious, but with a good heart at its core, then Eurovision Song Contest: The Story of Fire Saga is the movie for you. The latest in Will Ferrell's slew of comedies, this Netflix film is an inspiring story about two lovable misfits trying to prove their worth by winning Eurovision—as in the actual annual broadcasting fiesta-slash-singing competition between fifty-plus European nations (plus Australia, because they're quite lonely down under, we suppose).

If you've already seen it and can't get enough of the catchy tunes, then we have a solution: The Netflix Is a Joke channel on YouTube has karaoke versions of Eurovision's most popular songs!

You can sing along to the big hit "Volcano Man" to start you off. Check out Ferrell and Rachel McAdams as Lars Erickssong and Sigrit Ericksdóttir, the burning-hot duo known as Fire Saga. By a twist of fate—not actual talent, unfortunately—the two are selected to represent their country, Iceland, in Eurovision.

Ferrell has already proven his singing chops multiple times (who can forget his legitimately good cover of "Por Ti Volare" on Step Brothers) so it's not much of a surprise that he delivered for Eurovision. McAdams also pulls off one heck of a singing performance—albeit with the aid of Swedish singer Molly Sandén and some studio magic. BTW, McAdams took her cue from pop star Björk, the OG Icelandic queen, for her Sigrit voice.

The real-life Eurovision is already one heck of an experience. Nations pull out all the stops for a catchy, theatric performance, so you can expect equal levels in the movie. As Dan Stevens, who plays the flamboyant Russian Alexander Lemtov, pointed out to Variety, "It’s very difficult to parody something that is already quite so bizarre." Plus, when you've got folks such as Savan Kotecha (Katy Perry's "Rise") and Andreas Carlsson (Backstreet Boys' "I Want It That Way") behind the soundtrack, then you can expect ultra-catchy hits.

Get your vocal cords ready! Check out all the sing-along versions of Eurovision's catchiest songs on the Netflix Is a Joke YouTube channel.

Adventurer Savvy Seasoned Netflix Eurovision Will Ferrell Rachel Mcadams Streaming Services
Your Guide to Thriving in This Strange New World
Staying
In? What to watch, what to eat, and where to shop from home
OR
Heading
Out? What you need to know to stay safe when heading out