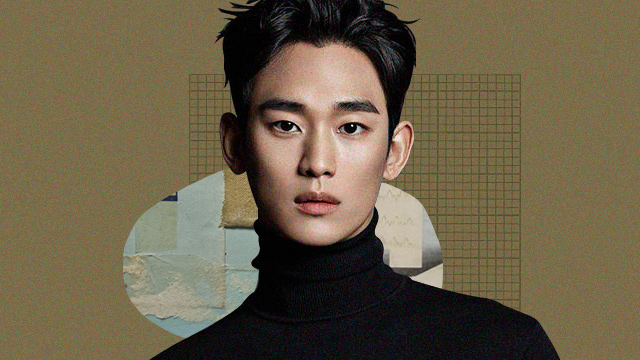 Do you remember him in the hit series My Love From the Star?

(SPOT.ph) Going by Netflix’s Top 10 list for the past few weeks, it looks like the Philippines is going through an It's Okay to Not Be Okay phase—and that’s definitely more than okay. Aside from a strange romance between a caregiver and a cold children's book author with antisocial personality disorder, this series has gifted us with the return of Kim Soo Hyun, looking fresh and ready to rock the screen straight from military service. If this is the first time you’ve seen this K-Drama actor and want to see what else he’s been in—trust us, he has range—then check out this list of must-see works featuring Kim Soo Hyun!

Also read:
An Unlikely Love Story Unfolds in This Upcoming Netflix K-Drama
10 Things to Watch If You Like Hyun Bin From Crash Landing on You
10 K-Dramas That Feature Singer-Actress IU From Hotel Del Luna

Put these shows and movies starring Kim Soo Hyun next on your must-watch list:

This school drama arguably paved the way for Soo Hyun to become a household name in Korea. Six talented students make their way through all the ups and downs of teenage life while striving for their dreams at a performing arts high school. Soo Hyun plays Song Samdong, a provincial kid who happens to be a musical prodigy and starred alongside IU as Kim Pilsook, a shy girl with perfect pitch. To get the singing and dancing parts of his role just right, Soo Hyun trained for three months at leading K-Pop industry company JYP.

In a bit of a meta-series, The Producers is an office comedy that follows the people behind big shows on the KBS Network in Korea. Soo Hyun stars as Baek Seung Chan, a variety and entertainment producer. Seung Chan and his fellow producers are often found in the sixth floor office of the KBS building, and the show tracks the high-stress level work and fun times, too. This show also stars IU as Cindy, a celebrity and singer.

This beloved Korean drama had the then-newbie Soo Hyun acting alongside veteran actor Choi Min Soo. The pair played father-and-son Kang Man Ho and Jae Il, respectively. The former had not known he fathered a son through a one-night stand with a pianist before serving time in prison. After he is released and learns the news—and a near-death experience—he vows to become a dedicated and loving father.

Soo Hyun’s big break came through this epic period drama. Soo Hyun played Lee Hwon, a fictional Crown Prince in the Joseon Dynasty who eventually becomes king. As a Prince, he falls in love with and becomes engaged to Heo Yeonwoo (Han Ga In)—who unfortunately falls ill and dies before they are wed. Years later, as King, Lee Hwon meets a shaman named Wol who looks mysteriously identical to his first love.

Arguably South Korea’s answer to the epic heist film Ocean’s Eleven, The Thieves takes on similar high stakes and adrenaline-pumping scenes. Soo Hyun stars as Zampano, the young apprentice of crook Popeye (Lee Jung Jae), with conwoman Chewing Gum (Kim Hae Sook) rounding out their team. They escape to Macau after their latest burglary and become entangled in another great ploy: to steal the Tear of the Sun, a huge-ass diamond—only it is owned by Tiffany (Yeh Soo Jung), mistress to a dangerous crime lord Wei Hong (Ki Gook Seo).

Soo Hyun landed one of his first lead roles in the critically acclaimed TV drama Jungle Fish. He played a student named Han Jae Ta struggling to make it into his dream university. Many in South Korea could relate to this touching drama, as the youth are put under extreme pressure to perform well academically and make it to the most prestigious schools. It also won a Peabody Award in 2008.

Soo Hyun takes on the role of a North Korean spy who infiltrates a small South Korean town by pretending to be the village idiot. Part of a group, the two others disguise themselves as a singer and a high school student. They live out their days in the little town and become used to ordinary life—until one day, North Korea assigns them on what is literally a suicide mission. This action comedy proved to be a hit with the teens when it first came out, selling nearly half a million tickets on its first day.

Soo Hyun proved his acting chops by playing the younger version of Park Sang Min’s character, Lee Sung Mo, in this heavy period drama. The sprawling series tracks the growth of three siblings, Sung Mo, Kang Mo (Yeo Jin Goo and Lee Beom Soo), and Mi Joo (Park Ha Young and Hwang Jung Eum) and their bloody quest to avenge their parent’s death. Giant is set during the tumultuous economic boom in South Korea during the '70s and '80s. Soo Hyun won a New Actor Award at the 2010 SBS Drama Awards for his role in this series.

If you want to see a darker side to Soo Hyun, then this neo-noir action film is a must-watch. He plays Jang Tae Yeong, a criminal troubleshooter and ambitious casino owner in the backstreets of a dark fictional city. In a drug-addled world, Tae Young manifests a completely different personality that he tries to overcome. The gritty non-linear film was released to mixed reviews, but Soo Hyun’s performance is not to be missed.

This series was probably the first to bring Soo Hyun to your attention. Here, he plays Do Min Joon, an alien who landed on Earth in 1609 and was doomed to stay for four centuries. With a few months left before his departure in the modern era, he meets and falls for his neighbor, famous Hallyu actress Cheon Song Yi (Jun Ji Hyun). Min Joon is then embroiled in Song Yi’s crazy life—even when she becomes entangled in the ploys of the dangerous Lee Jaekyung (Shin Sung Rok), her childhood friend’s older brother.

Adventurer Savvy Kim Soo Hyun K-drama Its Okay To Not Be Okay Dream High The Producers Father's House The Moon Embracing The Sun The Thieves Jungle Fish Secretly Greatly Giant Real My Love From The Star
Your Guide to Thriving in This Strange New World
Staying
In? What to watch, what to eat, and where to shop from home
OR
Heading
Out? What you need to know to stay safe when heading out