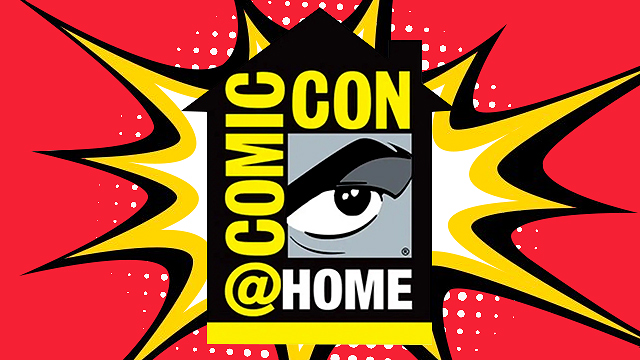 (SPOT.ph) Ask any superhero geek or comic-book fan, and we’d bet our next burger-and-fries meal that they’d have the San Diego Comic-Con on their bucket list. In its 50-year history, the convention has built a reputation for being more than just a place for comic-book readers to converge, it’s also become ground zero for splashy debuts of anticipated trailers from Hollywood blockbusters. Celebs have been known to make surprise appearances—in 2019, Tom Cruise dropped by to premiere the Top Gun: Maverick trailer. With COVID-19 keeping most of the world in their homes this year, though, they’re doing things a little differently: for the first time, it’s dubbed Comic-Con@Home, and you won’t need a ticket to participate, and all events will be online.

Comic-Con@Home kicked off on July 22 with a week-long schedule of recorded online panel discussions. Today, July 23, you can catch The Star Trek Universe virtual panel, which will include Michelle Yeoh and Doug Jones from Star Trek: Discovery, and the cast of Star Trek: Picard including Patrick Stewart and Brent Spiner. Marvel’s The New Mutants will also have a panel featuring Maisie Williams, Anya Taylor-Joy, Charlie Heaton, Alice Braga, Blu Hunt, and Henry Zaga.

Friday’s panels include Charlize Theron: Evolution of a Badass – An Action Hero Career Retrospective, in which The Old Guard star will talk about a two-decade career in action films. On Saturday, Keanu Reeves joins a panel celebrating the 15th anniversary of Constantine, and another panel on the upcoming Bill & Ted Face the Music.

Aside from the online panels, fans can also check out online exhibit halls with content from Marvel, LEGO, Netflix, and more.