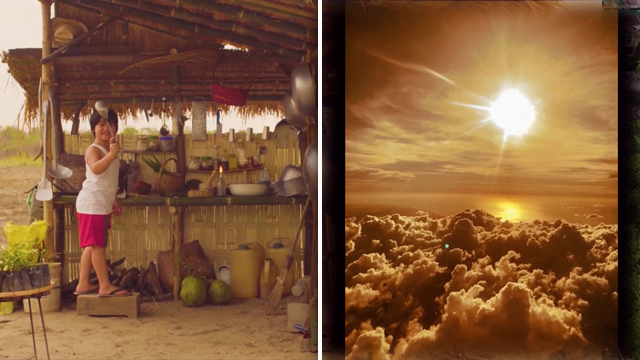 Find out where to stream this year's selection of short films!

(SPOT.ph) It's that time of the year! Independent cinema takes center stage at the 16th run of Cinemalaya happening from August 7 to 16—virtually. The film festival is usually held at the Cultural Center of the Philippines in Pasay City, but as the quarantine stretches on, this year's edition will go digital with the theme "Streaming consciousness."

A total of 10 short films have been selected to vie for the Best Film Award. These works will be available to stream on a Vimeo on Demand channel. You can watch the entire selection of films available in the library throughout the festival for P350 while a minimum of P75 will get you a bundle of five works. Aside from the selected 10 finalists, 20 more short films will be available on the platform.

The film festival's culmination, Cinemalaya Awards Night, is set on August 16 and will be streamed on livestreaming app Kumu. The Cinemalaya Shop will also be live-selling film fest merchandise on the app while a Cinemalaya Campus, with livestreaming sessions on Kumu, is also in the works.

Stream these 10 short films for the 2020 Cinemalaya:

A closeted gay man his 60s is now enjoying a relatively peaceful life. All of which is upended when he receives an old vinyl record from his deceased lover.

This short film is a contemplative look at a seaside city ravaged by typhoon Yolanda in 2013. It brings together the stories of the people affected, the myths and the legends, and the reasons they came up with to be able to understand the tragedy of their experience.

Vangie (Phyllis Grande) is about to lose her job as a contractual sales lady. In a last-ditch effort to save her livelihood, she uncovers the ultimate secret to becoming a regularized employee.

Things take a turn for the meta in this horror film. The perspective-bending short has you as an overworked employee who overslept and now has to wake before your nightmare overtakes reality.

What happens when your long-time lover suddenly becomes a cardboard standee? Well, that's exactly what happens to Kints (Kints Kintana) after waking up one morning and finding a piece of cardboard instead of her partner.

Set during the Lenten season in Bicol, one family turns to very creative ways to make money. This short film highlights the clash between religion and economy.

A transgender sampaguita farmer hears that her son is coming home—prompting her to renovate their neglected kitchen.

As a poor family deals with the loss of their TV, an intrusive documentary team begins to cross the line over from documenting to plain intrusion.

Take a step into the weirdly fantastic with this short film. A 1950s mestiza star is trapped inside an old television set that fell into the sky—right into the arms of a Bontok Igorot man. Romance ensues, but in a not so typical way between the two vastly different characters.

A coming-of-age set in a fishing village, this short film follows a young man as he learns more about diving, fishing, and the big, big world of the ocean.

Adventurer Savvy Seasoned Cinemalaya Cinemalaya 2020 Guide
Your Guide to Thriving in This Strange New World
Staying
In? What to watch, what to eat, and where to shop from home
OR
Heading
Out? What you need to know to stay safe when heading out