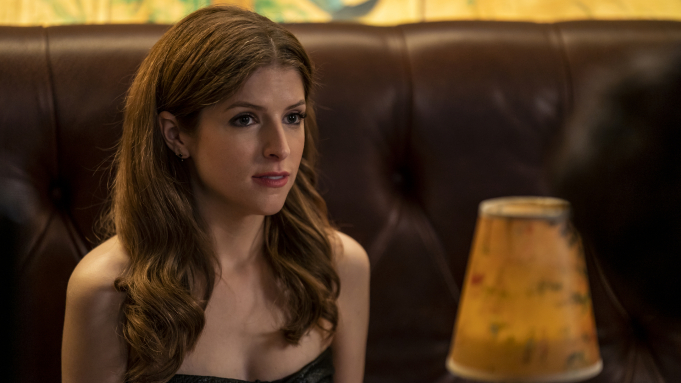 "Those who are familiar with Modern Love on Prime Video might dismiss this as a lookalike show, but I'd say they're worlds apart. Love Life follows Darby Carter (Anna Kendrick), a 20-something in New York: each episode tells the story behind one significant relationship in her life. Some of the situations she gets into may be unlike any you'd find yourself in, but the experiences are universal—there's that one person you consider a big mistake, the one you thought you'd never see again, and the one that's sometimes got you wondering, 'what if?'"—Jo

"Coming out, especially if you live in a conservative environment, is scary—for both sides. This complex situation is tenderly narrated in Bernadette Neri's Pamamanhikan, where Ester faces the predicament of meeting her daughter Ces' partner. Ester's friend, Ibyang, helps her understand—all while cooking Ces' favorite dish. The one-act play was first staged during the 2013 Virgin Labfest at the Cultural Center of the Philippines. And it would be nice to listen to the lines again even just through a dramatic reading on October 17, 7 p.m."—Christa

"After watching Are You Human? and Cheese in the Trap, I wanted to see more of Seo Kang Joon's acting. I stumbled upon Watcher, a nerve-wracking crime series where he stars alongside sunbaenim Han Suk Kyu (who will forever be Dr. Romantic in my mind) and Kim Hyun Joo. Their characters somehow find themselves entangled because of a tragic event that happened 15 years ago. Do Chi Gwang (Suk Kyu) leads an inspection team in the police department after discovering corrupt practices among the police—the people who are supposed to protect and serve (sound familiar? LOL). Han Tae Joo (Hyun Joo), a prosecutor-turned-lawyer who became a defense lawyer for criminals, joins his team along with Kim Young Goon (Seo Kang Joon) who is in it to discover the truth about the murder of his mother. I'm currently halfway through the series and one thing I can tell you is that it's hard to stop watching! Kang Joon's amazing performance in this K-Drama shows that he can shine bright as an action star, too." —Jamie

"I'm such a die-hard Will Arnett fan and I've been wanting to watch more of his work ever since Bojack Horseman (wherein he voices the main character) wrapped its final season earlier this year—that's how I discovered Flaked. Arnett stars as Chip, a recovering-alcoholic-turned-self-help-guru living in Venice Beach and trying to hide his dark past from those around him. The series was actually developed by Arnett alongside Mitch Hurwitz, creator of the 2000s comedy series Arrested Development—fans of the cult-classic aughts show would enjoy Flaked's offbeat charm and chaotic humor."—Ashley

"I missed this moving indie film when it first showed as a Cinemalaya entry way back in 2014. It follows Imelda Nunez, played by Mylene Dizon, as an adult woman who must come to terms with the pains of her childhood after finding out that her father, a Marikina shoemaker named Romeo (Ricky Davao), has died. Imelda goes on a journey to find the perfect shoes in which to bury her father—all while revisiting certain points in her past that have been long buried. It carries some heavy themes with an oft-forgotten part of Metro Manila at its center, so I can't wait to see how it all blends in together. Plus, Jerrold Tarog wrote the screenplay so I'm hopeful that the story will be a touching one."—Mia

"Addams Family Values was my favorite as a kid, and I got super nostalgic when a clip popped up in my YouTube recommendations the other week. This sequel to the 1991 Addams Family film follows how the said family hires a babysitter who ends up marrying Uncle Fester, but turns out to be a serial killer. The teenagers in the family, Wednesday and Pugsley, are sent to summer camp, but are sadly treated as outcasts. One memorable scene in particular is when Wednesday is cast as Pocahontas at the camp's Thanksgiving play and uses the opportunity to stage a revolt—right as the play is ongoing! That scene is hilarious and the way Christina Ricci depicted her character is unmatched."—Trish

"I've always been fascinated with how start-up ventures operate so hearing about Start-Up got me excited. There doesn't seem to be a Korean drama that has dabbled into this topic, so it's interesting to see how they build a fictional Silicon Valley of sorts with an element of romance. I'm also interested to see how the chemistry between Bae Suzy and Nam Joo Hyuk plays out."—MM