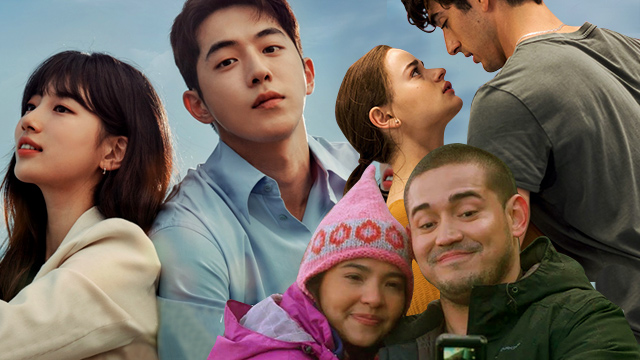 Netflix and Chill? You Watched a Whole Lot of Romance Titles in 2020

With Through Night And Day leading the pack.

(SPOT.ph) The year has been one heck of a rollercoaster ride—if said rollercoaster happened to be in flames. But it looks like Pinoys managed to find comfort in one corner of the digital world, specifically, the romance section of Netflix! The streaming platform has released stats on the most popular titles for 2020 and they've marked a nearly 400% rise in viewing of romance titles locally. We sure love our #Hugot.

No surprises here: the absolute tearjerker of a movie, Through Night and Day, was the most popular romantic title on Netflix Philippines in 2020. The 2018 film starring Alessandra de Rossi and Paolo Contis dropped on the platform back in July and promptly landed on the Top 10 trending list. And who can forget all of the feels people poured out on Twitter over this painfully bittersweet film?

In the footsteps of Through Night and Day came more local films such as the Kathryn Bernardo and Daniel Padilla starrer The Hows of Us—arguably their most popular film yet. The very mature, in more ways than one, flick Alter Me was also a popular streaming choice. Who could possibly miss out on Enchong Dee and Jasmine Curtis-Smith's first foray into risqué territory?

K-Dramas weren't about to be left behind either, of course. That love triangle in Start-Up had us divided between #TeamGoodBoy and #TeamBigHands (If you're still not over this drama, just know that you're not alone). It's Okay to Not Be Okay taught us so many lessons about love and acceptance—plus that killer wardrobe of Ko Mun Yeong (Seo Ye Ji) was a blessing in itself.

Huge Hollywood productions had us reaching for the play button too. Long-awaited sequels like To All The Boys P.S. I Still Love You and The Kissing Booth 2 were among the most popular choices on Netflix this year; the same way our leading ladies had some pretty good choices on hand as well (We all know John Ambrose deserved better!). The game-changing film from 2018, Crazy Rich Asians, was on the trending list for 2020 as well, and with a sequel coming up, we totally get the buzz.

The streaming platform has dubbed 2020 "The Year of Many Moods" as Pinoys hit play on several different titles across genres, presumably because of all the feelings that we had this year.

K-Dramas got even more popular this year with a 350% rise in viewing, with The King: Eternal Monarch leading the pack. Meanwhile, Korean content also dominated the horror genre, with #Alive and other titles pulling up viewership by 150% as well.

Drama titles also had a marked 150% rise, with the feisty and intelligent Enola Holmes front and center. The Queen's Gambit also had people obsessed—it's so fascinating to watch Anya Taylor-Joy in her speed chess scenes! Chris Hemsworth in Extraction got our blood pumping as action titles also saw a 200% rise.

There's no way we could have all wanted the same things, so it only makes sense that the Philippines' top trends for 2020 produced varied results. If you want to make sure you're not missing anything, we list down the most popular titles by genre below! Ready the popcorn.

Adventurer Savvy Seasoned Netflix Streaming Services 2020 Staying In
Your Guide to Thriving in This Strange New World
Staying
In? What to watch, what to eat, and where to shop from home
OR
Heading
Out? What you need to know to stay safe when heading out