Sex and The City Revival on HBO: Cast, Dates + More Details
Loading
Already a member? Log in
No account yet? Create Account
Spot.ph is your one-stop urban lifestyle guide to the best of Manila. 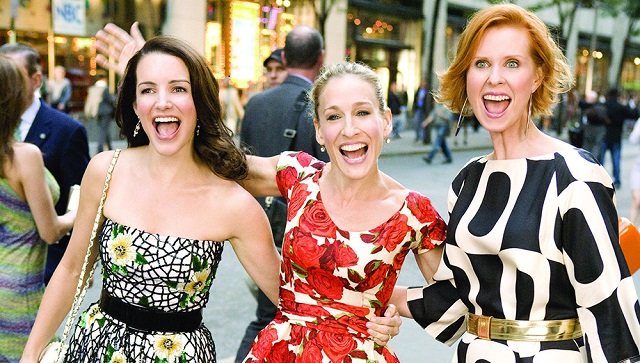 Sex and The City Is Coming Back; Here's Everything We Know

The revival series will be called And Just Like That!

(SPOT.ph) There's something about shows from the '90s and early aughts that just hits different—and with all the ways today is so much more complicated, we totally feel you if you just want to go back to yesterday. Well, hold on to your nostalgia, because a Sex and the City revival series is coming to HBO Max! The news dropped on the Instagram account of Carrie Bradshaw, we mean, Sarah Jessica Parker herself.

The clip features snippets of New York City and what is probably Carrie typing away on her keyboard. "And just like that" she writes—which is yes, also set to be the revival's official title! "I couldn’t hep but wonder… where are they now?," added SJP's caption; same thoughts, TBH.

Who Will We See in the Revival Series of Sex and the City?

For the revival though, it looks like we won't be seeing Sam and her awesome boss b*tch moments as Katrall has not been confirmed to join, according to Deadline. It's a loss, but hey, at least we still have Carrie, Miranda, and Charlotte!

What Will the Revival Be About?

And Just Like That… will pick up nearly two decades where we left off from the OG series. While we first followed the gang through their hectic 30s, this time, we get to see them navigate life, love, and friendship in their even more complicated 50s—still in New York City, of course.

Michael Patrick King is back as executive producer. King was in charge of a couple of the 94 episodes in the series, and not to mention both 2008 and 2010 feature films.

"I grew up with these characters, and I can’t wait to see how their story has evolved in this new chapter, with the honesty, poignancy, humor and the beloved city that has always defined them," said Sarah Aubrey, HBO Max's head of original content, in the Deadline report.

Where and When Can We Watch It?

The revival is coming to the HBO Max streaming platform as a limited series. Production is slated to begin in New York late spring of 2021. There's no official release date yet but we'll keep on the lookout!

HBO Max is one of HBO's streaming platforms—unfortunately not yet available on our shores as of writing. Still, we have hope either HBO Go keeps up or the newer streaming service rolls out globally soon.