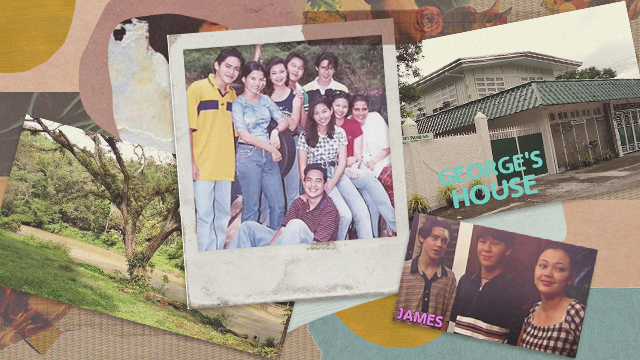 Jodi Sta. Maria Revisited the Tabing Ilog Tree and the Nostalgia Is Real

She even visited the gang's old houses!

(SPOT.ph) Want to feel old? Tabing Ilog was first aired in 1999, a full 21 years ago. If this quintessential teenage drama was a human being, they would be a college graduate by now. Taking a trip down memory lane is due, and Jodi Sta. Maria literally does just that as she recently revisited some of the most well-known locations from the show in Laguna—including the tree that marked where the gang's usual hangout spot, the dock!

Unfortunately, the dock was long gone by then. Sta. Maria even shared that throughout their filming—which lasted four years!—the dock would often get carried away by the river, so it certainly would have taken a miracle for it to still be there. The old tree was thankfully still standing.

We're sure you remember all the fun times (and the not so fun times) that went down with the gang at this spot. The drama followed an ensemble cast of youngsters, with Sta. Maria as George, as they went through the ups and downs of teenage years. Sta. Maria shared in her vlog that Tabing Ilog was her first major project on ABS-CBN and we imagine it was the same for her castmates. Remember Kaye Abad as Eds, Paolo Contis as Badong, John Lloyd Cruz as Rovic, Desiree del Valle as Corrinne, Patrick Garcia as James, Baron Geisler as Fonzy, and Paula Peralejo as Anne.

Sta. Maria even visited some of the gang's old houses, starting with George's old one. It is amazing how well hers has stood the test of time. Take a look at the before-and-after below!

After George's old facade, the actor then made the rounds visiting other houses that were a huge part of the show. And take a look at a throwback shot of JLC as Rovic!

For the full nostalgia blast—and a tour of Laguna!—check out the full video below:

Adventurer Savvy Tabing Ilog Jodi Sta. Maria Nostalgia Abs-cbn John Lloyd Cruz Staying In Heading Out
Your Guide to Thriving in This Strange New World
Staying
In? What to watch, what to eat, and where to shop from home
OR
Heading
Out? What you need to know to stay safe when heading out