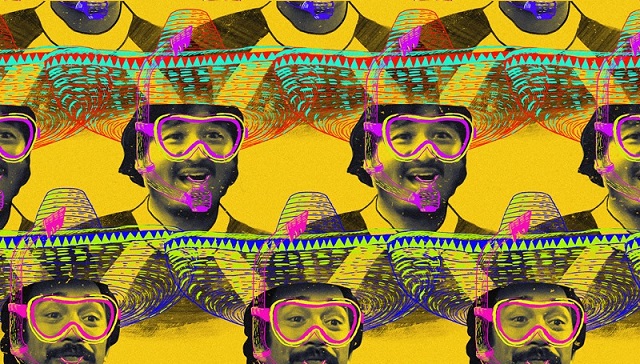 Why You Should Watch Bad Bananas Sa Puting Tabing, the Surreal Pinoy Movie Classic Nobody Liked

(SPOT.ph) When surrealist comedy film Bad Bananas Sa Puting Tabing first screened in 1983, practically no one laughed, recounted Jaime Fabregas. "Wala masyadong natawa because it’s a little a bit ahead of its time. Natuwa ako kasi na-restore na. I hope matawa na ang audience ngayon," Fabrigas cheekily told ABS-CBN after the film's restoration. Well, now that it's 2021, you can check to see whether time has finally caught up to this Peque Gallaga comedy through the ABS-CBN Film Restoration arm's "Sagip Pelikula Festival."

We are adding MORE titles to the SAGIP PELIKULA FESTIVAL ON KTX! Catch the digitally restored & remastered HAPLOS, BAD...

The movie that has our attention has to be this lesser-known Gallaga work. Bad Bananas is what the film's stars and producers Christopher de Leon, Edgar "Bobot" Mortiz, Jay Ilagan, and Johnny Delgado, called themselves, hence the name. The crazy foursome are on vacation and take a dive somewhere in the Hundred Islands in Alaminos, Pangasinan—and somehow resurface on the shores of Mexico.

They then find themselves in possession of a hat that carries a treasure map, the exact hat that the absurd villain Lastico (Fabregas) is hunting down. Lastico is apparently a descendant of Magellan—as in that Ferdinand Magellan—and wants to claim his "rightful" place as ruler of the Philippines, a goal for which he needs the hat the Bad Bananas have in their possession. Aunor, then De Leon's wife, also shows up as a secret agent.

This zany comedy was Gallaga's next work after the very heavy Oro, Plata, Mata—why the late director went down the exact opposite path is a mystery, but we're not complaining. No word on how long these classic films will be available for streaming so we suggest you watch them ASAP!

You can buy tickets for the ABS-CBN Film Restoration arm's "Sagip Pelikula Festival" on the KTX.ph website.

Adventurer Savvy Seasoned Streaming Services Nora Aunor Christopher De Leon Vilma Santos Pinoy Films Nostalgia Abs-cbn
Your Guide to Thriving in This Strange New World
Staying
In? What to watch, what to eat, and where to shop from home
OR
Heading
Out? What you need to know to stay safe when heading out