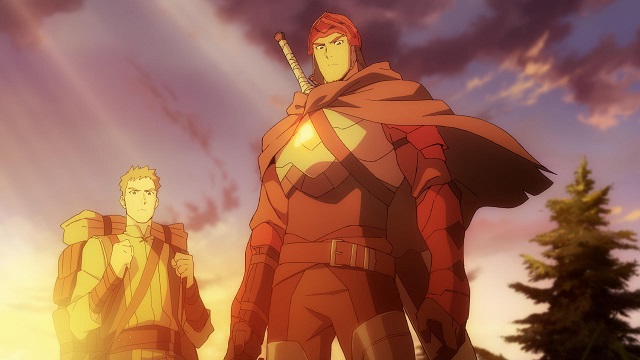 Oh yes, we went there.

(SPOT.ph) Netflix just dropped another huge anime title coming to its streaming platform: DOTA: Dragon's Blood. This brand new anime series is based on the mega popular DOTA 2 video-game franchise from Valve so fingers crossed it lives up to the hype! The eight-episode series drops globally on March 25. Get your first peek in the teaser below:

Nothing beats good old 2D animation, especially when it is done well. DOTA: Dragon's Blood will follow the fantastical tale of Davion, a Dragon Knight hellbent on eradicating the scourge from the land who finds himself a part of something much bigger than he could have imagined. Princess Mirana, an ancient and noble figure, will also have a secret mission of her own, teased Netflix in a statement.

The DOTA 2 universe will head down a more grown-up and fleshed out narrative in the series. Creators have "woven together an epic, emotional, and adult-oriented story about some of their favorite characters," said showrunner and executive producer Ashley Edward Miller in the statement. "The cinematic animation, acting and music are simply next level," added Miller with a thanks to Valve, the video-game's OG makers, for supporting the anime.

Miller is an American screenwriter and producer who has worked on titles like X-Men: First Class, and Thor. Meanwhile, the series animation was handled by Studio MIR, the same folks behind The Legend of Korra and Netflix's Voltron: Legendary Defender.

DOTA 2 was huge across the globe—and in the Philippines, it became something of a pop-culture staple. Whether you liked it or not (ironically or for real), we know you've heard that rap song by Aikee featuring Sabrina about the pros and cons of a relationship with DOTA versus a real person. Best get ready, looks like we'll be hearing a lot more about DOTA in the next few months!

CONTINUE READING BELOW
Recommended Videos
Hot Stories You Might Missed

Adventurer Savvy Anime Netflix Streaming Services Dota Dota: Dragon's Blood Gaming
Your Guide to Thriving in This Strange New World
Staying
In? What to watch, what to eat, and where to shop from home
OR
Heading
Out? What you need to know to stay safe when heading out