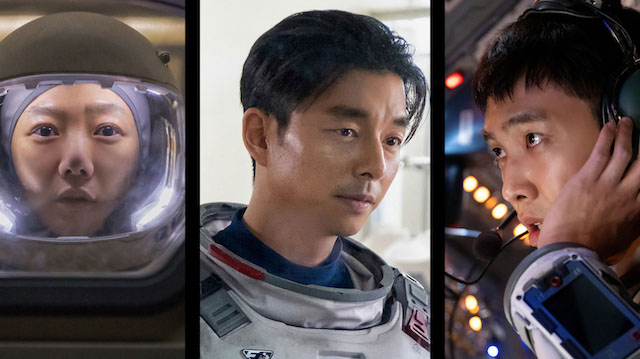 Beyond Kingdom’s Spin-Off and The Silent Sea, Here's the 2021 Netflix K-Drama Slate

These are the ingredients that make their Korean content successful.

(SPOT.ph) Do you remember the last time that there wasn’t any Korean title included on Netflix’s Top 10 list? It might not even be a thing; after all, most of the K-Dramas and films released are well worth the hype and the stream: There’s Park Shin Hye and Yoo Ah In’s zombie thriller #Alive, which probably got you thinking about the parallels of self-isolation in a pandemic-ridden world; Sweet Home and Space Sweepers, with touching stories and stunning visuals; and Start-Up igniting debates all over because of Nam Do San and Han Ji Pyeong, to name a few. One thing is clear: Korean content on the platform has gotten people hooked.

“They love our Hollywood shows, they love films like To All the Boys I've Loved Before. But what they also love is Korean content,” Minyoung Kim, vice president for content of Netflix, says about the streaming platform's Philippine audience. We virtually caught up with Kim in a press conference after See What’s Next Korea 2021 to find out why they think K-Content is successful, the shows and films that we can expect on the platform soon, and more.

For Kim, figuring out what audiences want has always been their job, and “something that we want to get better at.” Audiences really love “[seeing] themselves on the screen, to find those stories that are authentic to the local market” that “can resonate really well.” From there, Netflix tries to bring that sought-after content—whether original or licensed—to the platform.

Kim emphasizes how it's so important that the stories are authentic to the local market, which are the “stories that are going to travel.” It’s also for this reason that they look at collaborating with creators that live and breathe their stories. “Korean shows are very good at helping our audiences resonate and relate to the show by being able to describe emotions in a very detailed way,” adds Kim.

Apart from relatability, diversity and production quality are also key ingredients of a Netflix K-Drama. “We have this time-traveling, romantic thriller shows like The King [Eternal Monarch], we have shows like Crash Landing on You. But we also have shows like Sweet Home, or The Uncanny Counter, or Kingdom, or Extracurricular,” she shares. It also helps that the people in the Korean entertainment industry have evolved and developed a lot “to produce top-notch, high-production value shows that [are] of high quality [as] any other shows in the world.”

All these, considering there were hindrances to communicating with creators for the different markets because of the pandemic. “And like what we're doing right now, we could only communicate with our partners and the creators through Zoom, Hangouts, phone without actually being able to see and communicate,” says Kim. But she says that Netflix is lucky to “have content from all over the world, and each different country at a different phase at different times, around the pandemic.”

The Korean Series Coming to Netflix in 2021

In the coming months, viewers can expect a variety of K-Content from the streaming platform. Kingdom fans are in for a treat with a spin-off episode called Kingdom: Ashin of the North, which features the backstory of Ashin (Gianna Jun), a mysterious character who knows the secret behind the resurrection plant. But if you are a Bae Doona fan, you won’t have to wait for Kingdom Season 3 as she’s starring in a series called The Silent Sea, where she, alongside Gong Yoo and Lee Joon, go on a mission to the Moon. The show is set in a future where Earth is a desert, and is based on a short film debuted at the 13th Mise-en-scène Short Film Festival by director Choi Hang Yong.

Another familiar name who’s starring in an upcoming series called, well, My Name, is Han So Hee, whom you might know as Yeo Da Kyung from the controversial The World of the Married. Here, she's a police officer-turned-undercover agent out to find out more about her father’s death. It’s directed by Kim Jin Min, who was also at the helm of Extracurricular.

Yoo Ah In of #Alive makes a comeback in Hellbound, a webtoon-based series that depicts supernatural phenomena experienced by people who are condemned to hell after their unexpected encounters with angels of death. And speaking of #Alive, there’s another zombie-themed series to watch for called All of Us Are Dead, about people trapped in a high school where a zombie virus is spreading. Like Hellbound, it’s based on a widely popular webtoon. There’s also an upcoming youth-oriented sitcom titled So Not Worth It which revolves around the friendships and romances between students of different nationalities living in a university dormitory in Seoul.

The Webtoons, Mysteries, Reality Shows, and Movies on Netflix's Korean Content Slate for 2021

Several new shows will be dealing with themes rarely explored. D.P., a series based on a webtoon that had over 10 million views, follows the story of army private Joon Ho (Jung Hae), a soldier serving in the Korean military who suddenly ends up becoming a member of the “Deserter Pursuit” unit. The unit tracks down military deserters and as a result encounters the realities of confused young soldiers. Move to Heaven, on the other hand, is a series about a young man named Geu Ru with Asperger’s syndrome and Sang Gu, who becomes Geu Ru’s guardian, as they start a “trauma-cleaning” business and uncover the stories that are left behind by the deceased. Those into mystery and games should mark their calendars for Squid Game, where Lee Jung Jae and Park Hae Soo become participants in a survival game with a 40-million-dollar prize at stake and players risking their lives to make it through.

One of Netflix’s plans is to “bring more unscripted content to audiences around the world.” As such, the streaming platform has partnered with Paik Jong Won for Paik’s Spirit to create its first reality series, where the restaurateur introduces Korean alcoholic beverages, food, and culture.

As for films, Kim shares that they plan to bring Korean original films Mortal Sense and Carter to the global audience. Coming in April is Night in Paradise, a film about a man targeted by a criminal gang and a woman who finds herself at a dead end in life. It was the only Korean film to be screened out of competition at the 77th Venice International Film Festival.

“We have great ambition and [a] great plan to entertain our members with a diverse slate,” Kim says. Based on what they've got in the works, it looks like they're well on their way.

Netflix Minyoung Kim Korean Dramas Adventurer Savvy Seasoned Streaming Services Staying In
Your Guide to Thriving in This Strange New World
Staying
In? What to watch, what to eat, and where to shop from home
OR
Heading
Out? What you need to know to stay safe when heading out