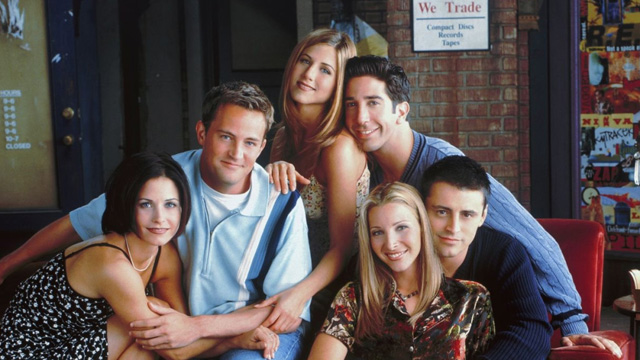 Ross dropped some really exciting news for the special!

(SPOT.ph) We finally have concrete updates on the much-awaited Friends reunion! David Schwimmer, a.k.a. Ross Geller on the beloved sitcom, revealed that taping for the special starts in Los Angeles "next week." He dropped the update as a virtual guest on BBC One's The Graham Norton Show on April 3—which means we can hold on to some hope that we get to see the Central Perk gang back on our screens sometime this year.

"I'm going to Los Angeles. We're going to be shooting the Friends reunion next week," said Ross, we mean Schwimmer, confirming the taping in his own words! "I'm going to see everyone next week for the first time in many years." TBH, the idea of the gang reuniting IRL—and not just for the show—has us teary-eyed, and we know we're not the only ones.

News of the Friends reunion special first broke way back in November 2019 and was originally scheduled for a May 2020 release. Clearly that didn't happen as taping was pushed back several times amidst all the crap going down in the world in general. Fans had a little light to look forward to when Matthew Perry, a.k.a. "Chanandler" Bong, posted on Twitter that shooting was scheduled to start early March in 2021. It looks like that plan was pushed back again, but with Perry boarding a plane "this afternoon," as he told Norton, we have reason to believe it's finally, truly, happening!

The British host Norton thankfully pushed Schwimmer for a few more crumbs before the actor left. "I’ll be myself. I’ll be David," Schwimmer clarified. "There’s nothing scripted. We’re not in character."

Schwimmer's statement confirms the plans for an "unscripted" reunion, as WarnerMedia earlier said it would be. "We’re all ourselves. The real people," added Schwimmer.

Plus, Schwimmer let us in one little detail of the reunion. "There is one section of it that, I don’t want to give away, but where we, we all read something," he said. He didn't exactly elaborate on what that something is, but if the sitcom's zany storylines and characters are anything to go by, then we're sure this reunion is going to be something else! BRB while we rewatch all 10 seasons before the reunion drops on HBO Max.