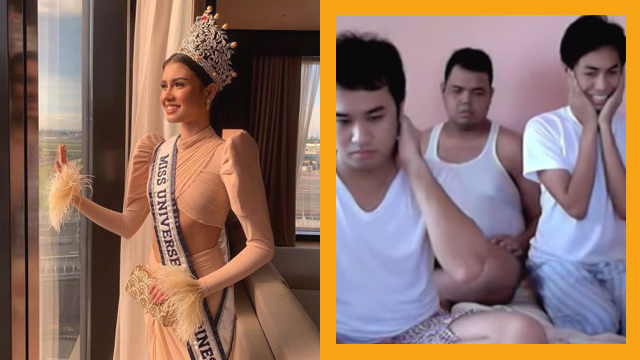 (SPOT.ph) Worried you won't get your own version of the endlessly meme-d 2010 reaction of Lex Librea and friends for this year's run of the Miss Universe? Don't be. ABS-CBN is still bringing us a way to watch the pageant live on local free-to-air TV through the A2Z channel! Keep up to date with Philippine representative Rabiya Mateo's every move on stage when the pageant airs at 8 a.m. on Monday, May 17. Plus, you can watch the whole thing again with a replay at 10 p.m. on the same day.

Want to watch Miss Universe more than once?

If you still can't get enough, the pageant will be aired again on the Kapamilya Channel at 9:45 p.m. on Sunday, May 23, with simultaneous streaming for Philippine viewers on iWanTFC.

ABS-CBN was the go-to channel for pageant fans in the Philippines who wanted to catch the Miss Universe live. Their main free-to-air channel was removed from the airwaves in 2020 after their congressional franchise was not renewed. Still, it looks like they were able to continue their live airing of the Miss Universe for this year's run!

The much-awaited Miss Universe will be held at the Seminole Hard Rock Hotel & Casino in Hollywood, Florida on May 16, 2021, U.S. time—though they will be competing for the 2020 crown. Mateo, who is from Iloilo City, will represent the Philippines. She left for the U.S. on April 9 and is now going through the pre-pageant events—and with the way people are raving about her, a repeat of Lex Librea's joy in 2010 seems likely! Could we be getting the title of Miss Universe for the fifth time?

Adventurer Savvy Abs-cbn Rabiya Mateo Miss Universe Staying In
Your Guide to Thriving in This Strange New World
Staying
In? What to watch, what to eat, and where to shop from home
OR
Heading
Out? What you need to know to stay safe when heading out