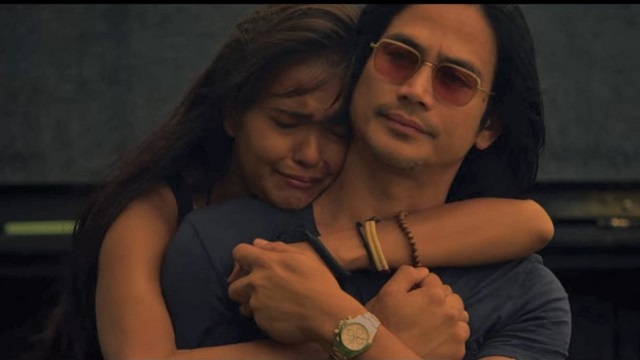 (SPOT.ph) My Amanda is currently kicking up a storm of feelings after it landed on Netflix on July 15. Alessandra de Rossi's directorial debut is everything we didn't know we needed to jumpstart our cold, hopeless hearts—and at the center of it all is a best-friendship that could rival any Romeo-and-Juliet love story. (Oops, a spoiler-ish bit right there. Watch out for more!).

Now the question on everone's mind right now is probably: Is that type of relationship even possible? Well, we're here to point out that Fuffy and Fream's love is based on De Rossi and Piolo Pascual's IRL relationships. Which means yup, there's hope for us, too!

Also read: My Amanda Confirms What You've Known All Along: You Don't Need a Man

Fuffy and Fream's love in My Amanda is based on real life. We're serious.

"This story is very personal to me because it's about my friendships, literally," shared director-producer-writer-star De Rossi in a press conference. She shared that while the story per se is fictional, she based it on "the dynamics" of her relationship with her boy bestie. "I call them boys, not men," she cheekily added. Plus, Fuffy and Fream are her IRL pet names with this specific friend, whose real name, BTW, is also TJ. We almost wish she had casted him instead of PJ, if only so we could find out more.

So you can guess that the "dynamic" she's talking about is that borderline flirting, horsing-around-like-kids type of thing that made Fuffy and Fream so much fun to watch. And it turns out even Pascual had a similar relationship that inspired De Rossi. She would see “him and Joyce Bernal treat each other like, ‘Come here, kiss me.’" she says, talking about Pascual and director Joyce Bernal. "I said, ‘This is so entertaining. My best friend and I are the same. I think I should make a movie.’"

But aside from that cheeky way they push the are-they-or-aren't-they dynamic, it is really the deep friendship they wanted folks to take from the movie. Pascual's favorite scene in the movie is probably the best example. We'll do our best to keep it spoiler-free but it was the one after Fuffy picks up Fream—literally and figuratively after she hit a very rough patch in her life.

"I like the scene where she really just poured her heart out," says Pascual. "It was very quiet at the back of my truck (which was really my truck)," he continued. "I just had to be there for her and [give her the] embrace that she needed from a best friend; that meant a lot for both."

Bottomline: As De Rossi explains, "I wanted to share a different kind of love story. It's a friendship that's intimate and not superficial, [it's] rare and sincere." BRB while we try to look for a friendship like that.

Adventurer Savvy My Amanda Netflix Streaming Services Piolo Pascual Alessandra De Rossi Staying In
Your Guide to Thriving in This Strange New World
Staying
In? What to watch, what to eat, and where to shop from home
OR
Heading
Out? What you need to know to stay safe when heading out