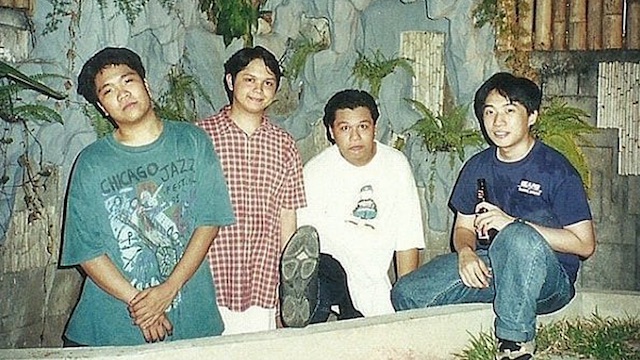 The Itchyworms Were Friends First Before Being Bandmates

They've been together for 25 years!

(SPOT.ph) OPM pop-rock group The Itchyworms has been together for 25 years, which is a huge feat considering how bands come and go. And the secret to staying together all these years? Friendship. In OG's debut episode OG Presents: 25 Years of The Itchyworms, band members Jazz Nicolas, Jugs Jugueta, Chino Singson, and Kelvin Yu talked about how friendship shaped their career—one that started when they were students in Ateneo in the '90s.

"We were never really friends...joke lang. We were really friends first before we were bandmates," co-lead vocalist and rhythm guitarist Jugueta shares in the first few seconds of the episode. Later, he excitedly says, "The Itchyworms is a great excuse to hang out with my friends."

Lead guitarist Singson even considers The Itchyworms as one of his two longest relationships—the other being with his wife, whom he met shortly before he joined the band.

Also read:
The Itchyworms Launched an Album. What Were They Thinking

Check out the full episode here:

OG or Only Good is Summit Media's flagship video-first brand. A new episode drops every Friday at 8 p.m. Check out and subscribe to the OG Channel on YouTube.

Summit Media Summit Originals Adventurer Savvy Seasoned Staying In Only Good Og Channel Itchyworms Nostalgia
Your Guide to Thriving in This Strange New World
Staying
In? What to watch, what to eat, and where to shop from home
OR
Heading
Out? What you need to know to stay safe when heading out