The Best Streaming Sites for Movies and Shows in the PH
Loading
Already a member? Log in
No account yet? Create Account
Spot.ph is your one-stop urban lifestyle guide to the best of Manila. 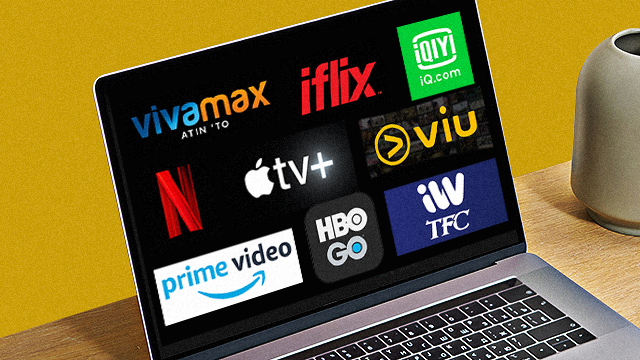 The Ultimate Subscription Guide: Which Streaming Service Should You Get?

(SPOT.ph) Choices, choices, choices. Yeah, we don’t like making them either. The biggest decision we make on a daily basis is what to eat for lunch so figuring out which subscription deal is best—in terms of price and service—is a pretty big deal. So to help out everyone’s brain cells, we laid down a guide to the streaming platforms you can subscribe to in the Philippines! We’ve got a quick visual guide to the available platforms and plans, plus a quick discussion on their content below.

Also read:
Apparently We Rank Among Countries With the Best Streaming Access to the Most In-Demand Series

At P29/month for standard VIP access, iQiyi is the most wallet-friendly among all the streaming services in the Philippines. Not looking to sign up at all? Most of their content is free to access.

Netflix promised in January that they’d be releasing a new movie every single week of 2021—that means besides their regular roster of original movies and series, you can count on always having something new to watch here.

Access to all of Netflix’s content at P149/month—pretty much the same amount you’d spend on a single tall cup of your iced coffee of choice—when you really only watch everything on your phone anyway? You have to give it to Netflix: it’s damn near genius.

You know how everything on your desktop somehow just looks sleeker on a Mac? Imagine that in your streaming app. It’s not such a pain to endlessly explore titles when the interface looks this good.

When it comes to the amount of control you can exercise as a parent, Netflix has the most features—the recently launched Kids Top 10 row can help you choose your kid’s next show or movie, you can set up a PIN and restrict specific titles or movies with certain ratings, plus you get bi-weekly emails that give you insights on your kid’s favorites.

The Lowdown on the Streaming Services Available in the PH Right Now:

Nope, you don’t need to have an Apple device to stream on their platform, but you can get three months of Apple TV+ free if you have an Apple device. They’ve also got the Apple One service, a plan where you can choose four different services bundled up into a single monthly subscription fee. That one starts at P375 monthly. Okay, we think we’ve said “Apple” enough times here.

What we’re watching: There are new original titles pretty much monthly, as promised by the streaming platform itself. You’ve probably already heard of Jason Sudeikis as Ted Lasso and the SNL-Broadway musical crossover Schmigadoon!, but we’ve got our couch-potato selves fixed on Joseph Gordon Levitt’s trippy new show Mr. Corman, about an average joe burdened by a feeling of impending doom. Can relate.

Also read: 10 Feel-Good Apple TV+ Series That May Have Slipped Under Your Radar

What we’re watching: Now that we’ve rewatched the Friends Reunion Special enough times, we’re streaming even more good vibes with new episodes of Selena + Chef. We love it when celebs struggle with cooking—just like us. Care for something more serious? Check out Obama: In Pursuit of a More Perfect Union, a three-part documentary series on the first African American U.S. President.

If you’re looking for Asian titles, then this Southeast Asian streaming service is right up your alley. They have drama series from South Korea, Thailand, and more, plus movies from this corner of the globe, too! Whoa, is that an 18+ category? Yup. And whoa, this service is (mostly) free! There are some titles that you’ll have to unlock with a VIP subscription.

What we’re watching: We’re taking a break from K-Dramas and streaming a Chinese series for a change. Falling Into Your Smile is a 2021 drama about a newbie gamer joining a professional team—mostly because the arrogant leader thinks having a female player would be good PR. Who doesn’t love a good enemies-to-lovers story?

This is the platform for you if you can’t get enough of Korean and Chinese dramas. They also have a couple of Filipino titles in the mix, like GMA’s Legal Wives, for even more drama. A bulk of their content is free to watch! Some titles have the VIP tag on them, which you’ll have to unlock with a subscription, of course.

What we’re watching: My Roommate Is a Gumiho has us addicted! After all, when a young girl and a centuries-old fox spirit end up living together in the classic cohabitation K-Drama trope, things can only get steamy.

Also read: Is iQiyi the Next Hub for Streaming Asian Content?

ABS-CBN has amped up their streaming platform—for free. You can stream older titles alongside currently airing series and even advanced content! Then there are also iWant Originals, of course. There is around 10,000 hours worth of free content. The main benefit of going Premium is that you get rid of those pesky ads.

What we’re watching: FPJ’s Ang Probinsyano. We’re kidding, we don’t have that much time. We’re actually watching the news on the live “channels”—and then we’ll probably check out Glorious: The Director’s Cut just because.

Streaming platform Netflix knows how to give options. They’ve got four kinds of subscription plans available in the Philippines, from the mobile-only one to the family-size Premium plan. And no, you can’t cast your phone to the TV when you’re on a mobile plan. Not that we’ve tried or anything.

What we’re watching: What is it about Paris Hilton’s show Cooking With Paris that has us weirdly entertained? Ah, it must be the low-commitment, high entertainment value it is serving up. #Sliving.

We honestly feel like this is one of the most under-utilized platforms here in the Philippines. Amazon Originals are hard to beat! There’s a whole slew of Western titles, from action to drama and more, to watch here.

What we’re watching: Once we’ve got the much talked-about Chris Pratt science thriller The Tomorrow War out of the way, we’re diving straight into the comedy of The Marvelous Mrs. Maisel, about a '50s New York housewife who realizes she has a knack for stand-up.

Calling all K-Drama addicts! Viu has an entire section dedicated especially to South Korean series—which you can watch for free. There are also other Asian titles, including anime, too. Probably the main benefits of going Premium are getting earlier access to foreign shows and yup, being able to say bye to ads. As of writing, the free trial isn't available; there is a promo for Premium subscription worth checking out: P49 for the first three months, then P129/month onwards.

What we’re watching: Nostalgia is strong so we’re streaming episodes of Detective Conan! Then when we feel like laughing and crying, we put on the hilarious-slash-tragic body-switching period drama Mr. Queen. And then when we need to feel a little bit of everything, there’s the Bong Joon Ho masterpiece Parasite.

Also read: 10 Must-Watch Shows You Didn’t Know Were on Viu

Yup, you can watch Viva originals (and more) all on one platform. And trust us, this service has the most number of different plans you can subscribe to! There are individual plans to choose from, or drag in some friends or family to avail of Max Plans, ranging from just three days to an entire year. These include registering multiple devices, downloads, casting capability, and a few extra days, all depending on which one you select.

What we’re watching: Aside from new titles, Vivamax is the place to stream restored classics! We’re going on a Sharon Cuneta marathon by streaming Bituing Walang Ningning (1985)—you know, the one with Cherie Gil—and then jumping forward to 2021 to watch Revirginized. Just because we can.

The Streaming Sites for Movies and More in the Philippines, at a Glance: