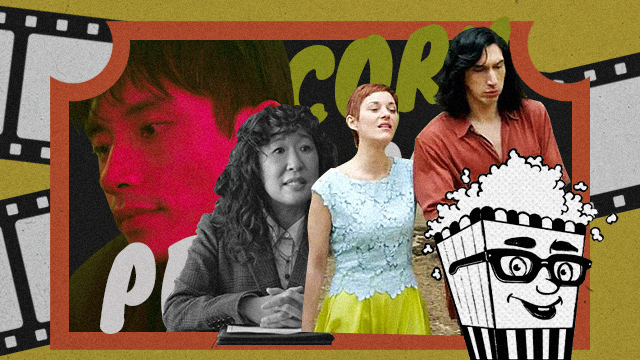 (SPOT.ph) And we are back to MECQ Season we-can't-keep-track anymore. There's still no light at the end of the tunnel but hey, at least we can somehow distract ourselves via streaming. Don't forget to take some time off this weekend to recharge with these titles.

Popcorn Pedro says: In case Sandra Oh isn't enough of a pull for you, then we're also reeling you in with dry, academic(ish) comedy presented in short 30-minute episodes. This miniseries has Oh and that gorgeous mane of hair as the first woman, and an Asian one at that, to lead the English department of a prestigious college. Only, said department is crashing and burning, and to make matters worse, Dr. Ji Yoon Kim has to handle a misbehaving professor.

Where to stream: iWant TFC

Popcorn Pedro says: A woman has finally had enough of her longtime husband and decides to leave him—except her fully grown children refuse to let her. Cue a poignant tale dressed up in Pinoy family humor. This 2017 Cinemalaya entry stars Dexter Doria, Noel Trinidad, Eula Valdez and more. The film is a sharp and funny look into what makes it difficult for a family to care for each other; and if that sounds a little too familiar, that's all the more reason for you to watch.

Popcorn Pedro says: Been hearing whispers about this series' ending and something about poor, poor kittens? We're here to confirm that yup, those two are indeed related. Set in '90s LA, it follows filmmaker Lisa N. Nova (Rosa Salazar) who falls prey to some Hollywood bigshot—sending her into a twisted path of revenge that involves a literal witch, curses, and whoa, Manny Jacinto is in here! Sold.

Where to stream: Prime Video (Turn on the VPN for this one!)

Popcorn Pedro says: Adam Driver is one of those people who, well, you watch a thing just to thirst over him but then end up genuinely liking said thing. And while Annette is arguably one of the weirdest "things" he has been in, it is also quite possibly one of the best "things" he's been in. I'm putting "thing" in quotes because this is a movie by notorious arthouse director Leos Carax (Holy Motors). For Annette, he put Adam Driver and the Marion Cotillard in a musical. Yes, Driver sings! Henry (Driver) is a stand-up comedian who meets and falls in love with Ann (Cotillard), a world-famous opera singer. Their love eventually gives them a baby, Annette, and then things start to go sour as Henry resents Ann for her success. It's a pretty basic premise presented in the wildest way possible. Have we mentioned their baby is a wooden puppet? Oh, I have to mention that there's cunnilingus involved. That's all.