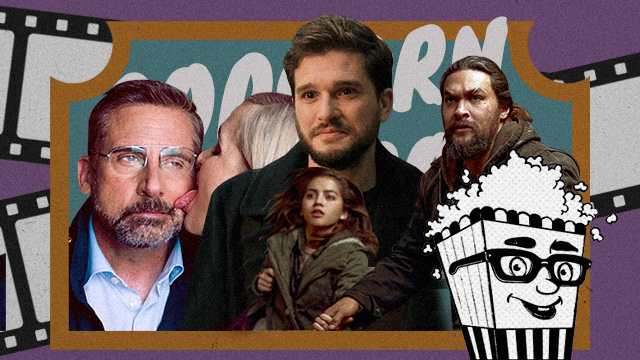 From That Sweet Girl Plot Twist to Jon Snow in a Rom-Com: The Must-Watch Titles for This Weekend

And yes, they recreated The Witcher bathtub scene in the anime.

(SPOT.ph) We don't know who needs to hear this but not-so-PSA: This is August's last weekend. We're freaking out too. If you can, don't forget to take a well-deserved break to enjoy a last quiet weekend before the craziness of the -Ber months begin.

Popcorn Pedro says: If you think you're in for a badass, feel-good revenge story packed with a lot of action then I'm going to have to stop you right there. There is all that and more. Jason Momoa and Isabela Merced are at the center of this adrenaline-filled movie about a dad-and-kid duo trying to bring big pharma to justice—only they lace in a whole lot of reason to cry. Yeah, I know that unexpected-truly-emotional-factor-in-an-action-movie move was also done in Army of the Dead, but it feels way more genuine in this one.

Popcorn Pedro says: Electioneering isn't new—but at some point, it stops being persuasion and starts being pure manipulation. Just check out this cringey-slash-hilarious movie by former The Daily Show lead Jon Stewart. Steve Carell takes on the role of Gary Zimmer, a democrat campaign consultant who flies in to a rural town after the 2016 U.S. election (Read: social media influencer Donald Trump became president). His mission? Get a democrat on the mayoral seat for the local elections. Rose Bryne joins in as Faith Brewster, a rival Republican behind their pick for mayor. Cue chaos as the two parties turn the small town into a political battlefield.

Popcorn Pedro says: Nothing says feel-good like a bunch of short episodes featuring all kinds of different love stories. The second season of this Prime Original recently dropped and it is as warmly entertaining as can be—with the long-running New York Times' column as inspiration, it can only be expected! This time, there are eight episodes featuring eight different love stories, including one where Kit Harington plays a tech specialist who makes a sweet connection on board a train. It's been a while since we've seen him on screen!

The Witcher:  Nightmare of the Wolf

Popcorn Pedro says: "Geralt grunts at a problem, Vesemir winks," writer Beau DeMayo told The Verge. That pretty much sums up just how different the student and the master are! This prequel to The Witcher's story traces the origins of Vesemir, another slayer of monsters for coin who eventually becomes Geralt of Riviera's mentor and father figure. And yes, Vesemir also gets a bathtub moment, in case you were curious.