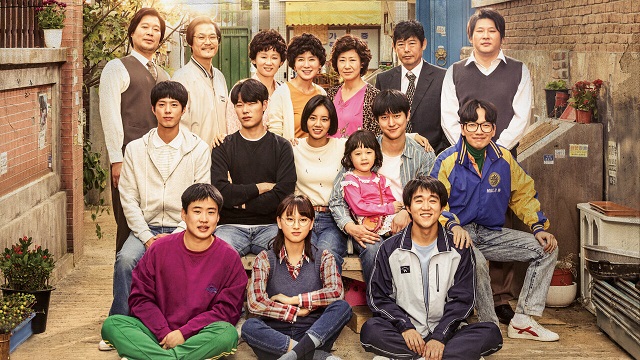 (SPOT.ph) Right at the top of feel-good, nostalgic K-Dramas is definitely the Reply series. We're sure you've seen the memes and GIFs online, and if you aren't already a fan of the popular anthology series, then you may want to stream them ASAP! The three editions—as in 1997, 1994, and 1988—are exiting Netflix on September 30 so you still have around a month left to dive into this comfort series.

Also read: The Best Order to Watch the Reply Series Before It Leaves Netflix

Several more K-Drama titles are also set to leave on September 30. Chicago Typewriter, It's Okay, That's Love, Cheese in the Trap, Oh My Ghost, and The Liar and His Lover are exiting the platform at the end of the month.

Also read: 10 of the Biggest Films Coming to Netflix Before 2021 Ends, Ranked By How Much It'll Make the Year Suck Less

If you're not already a fan, then read on below to know what you're missing out on! The Reply series is a more down-to-earth type of K-Drama (Read: there's no insane romance between say, an heiress and a North Korean soldier she erm,  crashed into) and is more about creating characters and stories you can definitely relate to. Each one flits back between modern times and the past to trace the stories of a group of friends and their families.

The first installment of the series came out in 2012. While this one focused more on the romantic storyline of the main characters, rather than the entire cast, it is still definitely an integral part of the overall arch! We recommend starting with this one just so you don't miss important details in the rest of the series.

The next installment is really what shifted to the focus of the series: friendship and family.  In this one, the characters all live together in a boarding house—allowing for some of the funniest and even poignant moments of the show.

The last installment is arguably the most popular one. First aired in 2015, this one has family front and center—which means we don't just follow the main characters' stories but their parents' as well. It's the type of series where you just fall in love with basically every character.

Now BRB, while we get to binge-watching—in this order!

Adventurer Savvy K-drama Netflix Streaming Services Reply Series
Your Guide to Thriving in This Strange New World
Staying
In? What to watch, what to eat, and where to shop from home
OR
Heading
Out? What you need to know to stay safe when heading out