Quark Henares Shares Bong Joon Ho Loved On the Job at Venice Fest
Loading
Already a member? Log in
No account yet? Create Account
Spot.ph is your one-stop urban lifestyle guide to the best of Manila. 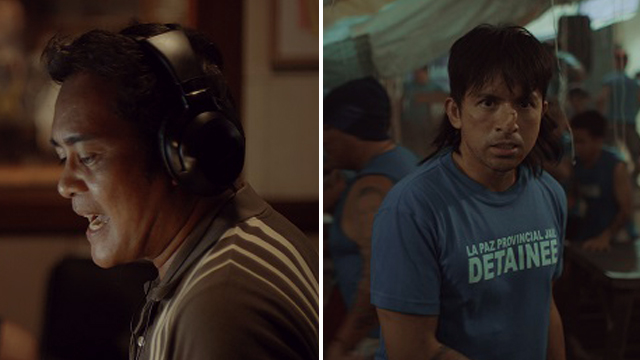 Quark Henares shared how Bong Joon Ho and the jury raved about OTJ2!

(SPOT.ph) Filmmaker Quark Henares recently took to Twitter to share a bit about how the buzzy On the Job: The Missing 8 did at the 2021 Venice International Film Festival—and it looks like acclaimed director Bong Joon Ho was obsessed. Not only that, Henares shared that the film festival's jury actually wanted both John Arcilla and Dennis Trillo to get the Volpi Cup for Best Actor! Yup, not only did Arcilla become the first Filipino winner of this international award, but the judges actually felt that there should have been two.

Henares shared on Twitter how the OTJ2 team, including director Erik Matti and Trillo, was visited by Bong at their dinner table at the 78th Venice International Film Festival. Bong is the film festival's jury president—and it was also his birthday on September 14, which is why Henares' wanted to share a bit about their experience with the director.

Right after the awarding ceremony, Henares shared that he helped Trillo track down the director to have his copy of a graphic novel based on Parasite signed (a wholesome moment Trillo also posted about). "Me being [an] expert stalker didn’t want to take any chances so I dragged Dennis to him and yelled 'Director Bong! I produced On The Job and this...' Bong’s eyes lit up and he told Dennis he loved his performance, which surprised me because Dennis is hardly recognizable in the film."

Chloe Zhao then told Dennis that they really wanted a tie but Venice wouldn’t let him. She said she googled him because she thought he was a real prisoner only to find out he was a matinee idol of some sort. pic.twitter.com/3MCpL3an8n

Henares posted a clip of Zhao telling Trillo that "if we could give a joint award, we would give to the both of you," referencing Volpi Cup winner Arcilla. Zhao even thought Trillo was an actual inmate.

But every time we’d bring up his films or the other festival films, he’d politely answer and turn the topic back to On The Job. He seemed to really love the film. He left after a while to do Jury President duties but stopped by before leaving to give @ErikMatti a hug ?? pic.twitter.com/8RaqMhJo9M

Then during the dinner after the awarding, director Bong popped by their table to talk about the film. " It took me, Erik Matti, Dennis and team all our might to not squeal [the] whole time," he tweeted. While they managed to slide in a few questions about Bong's own works, Henares said that "Every time we’d bring up his films or the other festival films, he’d politely answer and turn the topic back to On The Job."

Also read: Erik Matti Knows You Downloaded the OTJ Movie; Don’t Do the Same for the Mini-Series

On the Job: The Missing 8 is the much-anticipated sequel to the crime film On the Job from 2013. You can watch the recut version of both films, turned into an HBO Asia Original mini-series on HBO Go.

Adventurer Savvy Seasoned Quark Henares Bong Joon Ho John Arcilla Erik Matti Dennis Trillo On The Job Staying In
Your Guide to Thriving in This Strange New World
Staying
In? What to watch, what to eat, and where to shop from home
OR
Heading
Out? What you need to know to stay safe when heading out