Cinema Centenario Drops Martial Law Fest With My Amnesia Girl Shade
Loading
Already a member? Log in
No account yet? Create Account
Spot.ph is your one-stop urban lifestyle guide to the best of Manila. 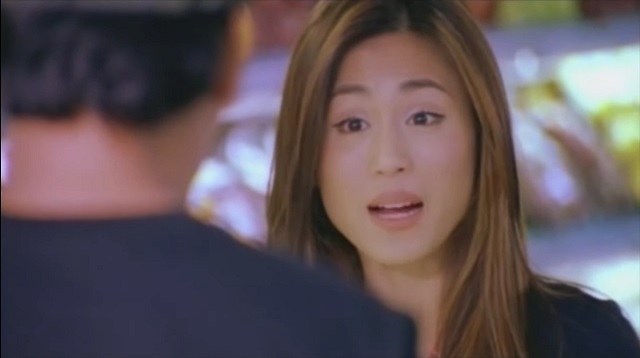 (SPOT.ph) The Internet has been abuzz ever since Toni Gonzaga interviewed Bongbong Marcos, son of late dictator Ferdinand Marcos, on her YouTube show—without ever once discussing Martial Law. And on the 49th anniversary of the declaration of this dark part of Philippine history, Cinema Centenario has announced a human rights' screening festival while also taking a jab at the actor-host's recent controversial interview. Yup, they brought out Gonzaga's 2010 rom-com hit My Amnesia Girl. Get it?

The micro-cinema dropped two seemingly unrelated facts: My Amnesia Girl opening in theaters 11 years ago and dictator Ferdinand Marcos declaring Martial Law 49 years ago today, September 21. "May we never forget the atrocities of the Marcos dictatorship," they wrote.

So in case you're lost in all of this, the 2010 blockbuster hit had Gonzaga take on the role of a girl who pretends to have amnesia to avoid having to face her ex—but with the recent interview she had, it seems she's choosing to forget in real life, too.

Cinema Centenario also noted that My Amnesia Girl is now streaming on Netflix, so you can watch that there. What they do have are a couple of Martial Law- and human rights-themed movies streaming in time for the Active Vista International Human Rights Festival. This runs on their digital streaming platform Moov from September 21 to October 10.

Their lineup includes must-watch documentaries Aswang from Alyx Arumpac that delves into the blurred lines between folklore and the extrajudicial killings under the current administration, and the acclaimed The Kingmaker that looks into one-half of the conjugal dictatorship, Imelda Marcos. Narrative movies include 2017 Cinemalaya best film Respeto, starring Abra as an aspiring rapper who crosses paths with a poet and Martial Law survivor, and 2018 Cinemalaya entry ML, starring Eddie Garcia as an old and delusional colonel still living in Martial Law days.

A ticket for streaming a film is at P200 each on Moov.

For more information, head on to the Moov Eventive page.

Adventurer Savvy Seasoned Martial Law History Humor Cinema Centenario Staying In
Your Guide to Thriving in This Strange New World
Staying
In? What to watch, what to eat, and where to shop from home
OR
Heading
Out? What you need to know to stay safe when heading out