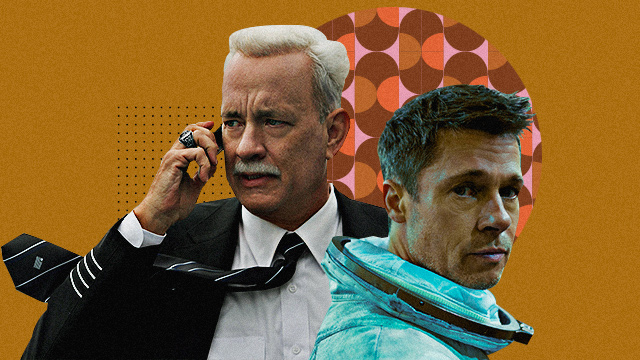 Give dad a (heartwarming) reason to cry on his day.

(SPOT.ph) Dads love movies. It’s almost second nature for Dads to stand and watch a movie 10 feet from the screen when they come across a turned on television set in the living room. Usually, picks for Dad movies include action-adventures like Star Wars or Indiana Jones, Die Hard, or even the latest Top Gun: Maverick. However, like how we picked out action-packed and intense movies to watch on Mother’s Day, we’re going to pick out a few tender and soft movies that’ll tug on Dad’s heart strings this Father’s Day.

Meaning: don’t worry, these next picks aren’t messed up father flicks like Oldboy or Our Father, but they may leave you and Dad an emotional mess—which you’ll only recognize with a teary-eyed nod towards each other, of course.

Give Dad a hug with these heartwarming and tearjerking Father's Day Movies on streaming services:

Our first Dad on this list is none other than Owen Wilson in the classic pet comedy Marley & Me. The film is one of those rare modern comedy films that is completely well carried by its leads, Wilson and Jennifer Aniston (and the dogs that portray Marley, of course). No need for guest appearances by comedians or celebrity actors; the movie just rides off the pure charisma of Wilson and Aniston making the best out of physical skits and endearing parental drama. We get to see the two grow as a young couple raising Marley, raising their own kids, and eventually growing old together. It’s a touching, slice of life picture with Wilson’s charming father figure at its center.

Dads particularly love Tom Hanks. Hanks recently had his strongest “dad era” in film during the 2010’s, with biopics like Captain Phillips, Bridge of Spies, The Post, and A Beautiful Day in the Neighborhood, wherein he played mild-mannered but strong-willed heroes based off real people. His “daddiest” film role of the 2010’s? It’s no doubt Captain “Sully” Sullenberger in Clint Eastwood’s Sully. Hanks portrays the pilot who emergency landed a plane in the Hudson River in order to save the lives of 155 passengers aboard. It’s a neat, lowkey drama wherein an everyday husband and father gets to pull off the extraordinary. You’d cheer at the end too.

Where to watch: Netflix, iTunes

An underrated film of 2019 was the space drama Ad Astra, starring Brad Pitt. The film falls along the lines of other 2010’s “sad boi” astronaut movies like Interstellar and First Man, as Pitt stars as an astronaut with enough daddy issues to push him to venture off into outer space to find his long-lost father (played by Tommy Lee Jones). Whether you’re looking for Brad Astra or Dad Astra, this film has enough stunning visuals to keep you enthralled throughout its space voyage. By the end, it asks: what if father and son reunited under the drowning light of Neptune? And we haven’t stopped crying since.

Uh, so while that whole Will Smith fiasco at the Oscars totally ruined any recognition of achievement Smith could have received for playing the role of Richard Williams—for which Smith won his first Oscar—and bringing this story to life, we still stand by King Richard being a heartwarming and inspiring sports drama that’s better than its legacy. Smith brings such an intense and layered performance of the film’s main subject, the father of legendary tennis players Venus and Serena Williams, who will not rest until he makes his daughters Hall of Fame-worthy athletes. Of course, it’s a sports drama that champions perseverance against all forms of roadblocks, but it also delves a bit into questions of how much is too much and what could be considered abuse. A Dad movie that does not go lightly.

Speaking of a Dad movie that champions perseverance against all forms of roadblocks, we also have to recommend last year’s Minari, starring Steven Yeun. It follows an American family of South Korean descent who attempt to set up a new home and new life in Arkansas. It’s an intimate and powerful drama about a family trying to keep it all together against a rapidly changing (and sometimes hostile) world around them, all told through the Asian-American lens. It also won South Korea its first ever Academy Award, with Youn Yuh-jung’s performance as the well-meaning mother-in-law, so just another reason to give this film a watch.

Where to watch: iTunes, Google Play

It’d be amiss if we didn’t mention Honey Boy, one of the most remarkable movies about fathers of the 2010’s. It’s only available in the Philippines via purchase on iTunes and Google Play, but it’s definitely worth the watch. Written by Shia LaBeouf, the film tells the story of LaBeouf’s childhood and own experiences with an abusive father, who LaBeouf himself portrays in the film. It’s a truly raw and emotional film, where we watch an actor access a character based of their real-life abuser, but done so with love and care. It examines the weight, trauma, and cycle of abuse, as LaBeouf navigates his own childhood experiences, which also involve being a child star on the Disney show Even Stevens. It’s one of those unique works of art that’s sure to bring insight and an emotional impact to the viewer.