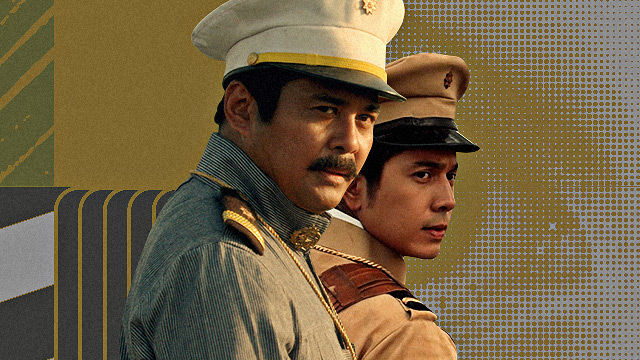 Time to Put Away the Legends: Maybe Heneral Luna Was Wrong About History

The film was praised during its time for John Arcilla’s performance as the loud and expletive-abundant title character, General Antonio Luna, the beautiful cinematography of the film, and particularly Tarog’s screenplay, which highlighted the internal conflict within Filipino society to be the nation’s greatest enemy.

However, now that we’re well-removed from the hype of its release, let’s take this opportunity to re-examine the popular film to see if its interrogation of history and statements about Philippine society hold up.

Does the film present a clear picture of “the Filipino” or is it just another entertainment flick with screencap-able quotes that aren’t really backed up by anything? Also, what do we make of the lukewarm reception to its sequel, Goyo: Ang Batang Heneral? Let’s take a look at the history.

Part I: Heneral Luna and Lack of Empathy

Heneral Luna opens with somewhat of a disclaimer that says that historical accuracy has taken a back seat, in order for the “bigger truth about the Filipino nation” to come out, and it would only do so if the story was told this certain way. Only, it becomes evident as the film goes on that it’s not interested in diving into said bigger truth, because it mainly only tries to skew all roads of the story to a point it’s trying to make.

The film’s understanding of “dramatizing history” seems to be just heightening singular character traits in order for a point to get across, with no challenge. The character of Luna is prone to loud aggression due to his iron-clad principles. Felipe Buencamino (Nonie Buencamino) is portrayed as an untrustworthy businessman, with no principles. Emilio Aguinaldo (Mon Confiado) is a leader more interested in his title than his fellow countrymen.

These characters just repeat these same beats throughout the film without much added layers given to them to ground these traits in any sort of motivation or character ideology. Even in the quieter Luna scenes, where he’s with his lover and his mother, it’s all geared towards depicting as an uncompromising fighter for the Filipino people. We never see a character compromise or do something outside of their set characteristic, because they’re mainly on the board to fill up a set archetype and get the message across.

Most of the film explores Luna’s strongman, pure force-of-will attempts to claim independence for his nation, despite the overwhelming opposition. The film seems to lose track of whether we’re to love and admire or be critical of his foul-mouthed abuse, as his rage scenes are played both for laughs and inspiring monologues, but are also clearly (within the narrative) are the cause of his downfall.

Luna antagonizes every official and soldier he encounters. He forces over 4,000 men to serve in the army via threat of execution without trial. He also leaves fellow general Gregorio del Pilar (Paulo Avelino) to fight off Americans for himself, because he gets caught up in an ego pissing contest with another general.

It’d seem like the film is deconstructing this egotistical character, because his demise at the end does seem presented as though it was always inevitable due to his actions and behavior. However, the ending literally tells the audience that his loss is a tragedy and on all of Filipinos for letting it happen.

Essentially, the movie is indecisive on whether or not its central character’s uncompromising POV is reliable or not, yet it’s the only POV in the story that we get to see the events through. There’s no moment whatsoever where Luna comes close to reflecting on or questioning his (evidently flawed) ideologies.

There’s never a scene that depicts him actually trying to work together with his fellow officials, other than when he requests something for the army and they just state that they can’t, which causes him to become angry and and yell at them. Luna is immediately dismissive and antagonistic towards every single other character in the film for even being slightly less patriotic than he is, and the audience is just supposed to roll along with that.

It’s hard for a film to function this way, as blind and as unempathetic to alternate points of view as its main character. This type of narrative would’ve birthed more meaningful and truer insight had it explored deeper other characters’ motivations and foils to the protagonist’s way of thinking. Not saying that the antagonists or the other characters had to be rooted for, or that they necessarily have to be correct, but at least something that lets us discover with the character what is true or not.

Instead, we are treated to a film that regularly tells us that its main character is fallible, before doing a complete 360-turn at the end with a statement claiming that the main character is actually infallible and is “see, right all along!”

The ending provides no depth or clarity to alternate points of view, which makes the “insights” it comes to ring a bit false. How does one make grand and very final statements such as “The biggest enemy of the Philippines is the Filipino itself,” and "Ganito ba talaga ang tadhana natin? Kalaban ng kalaban. Kalaban ng kakampi," when we only see the world through the eyes of one character who doesn’t want to listen to anyone else?

Luna’s (frequently quoted and screencapped online) statements ring no truer than the “antagonist’s” statement at the end of this film, wherein he blames Luna for his own death and lists off a bunch of fake news that justifies his murder. Buencamino’s quote is unchallenged, skewed, and assumptive, which is how Luna has been acting the whole film! You can not expect a more virtuous quote from Luna, had history turned out different.

PART II: Goyo and the Demythologization of Heroes

Luckily, Tarog’s follow-up film, Goyo: Ang Batang Heneral is that film that demythologizes its hero, Gregorio del Pilar, by intertwining his well-known, heroic attributes with his more fallible, human side—a side characterized by fear and trauma.

Goyo seems to be caught between two realities; one where he is forced to relive his trauma via frequent war flashbacks to the event that made him a “hero” and a “legend” among the ranks, and another wherein he is that hero that many perceive him to be, the Agila.

It gets so bad that Goyo himself falls for the illusion (or, delusion) he wants history to remember him as: a handsome, brave soldier. More deliberate with its character deconstruction, the film makes it clear that it’s due to this pressure and wanting to live up to his legend that Goyo ends up dying during the Battle of Tirad Pass at the end of the film.

His death is not as a hero that lives up to legend, but in an abrupt and unclimactic scene, in contrast to the death of Luna in his film. Goyo’s death signals the scattering of the Filipino troops, for it’s clear that they only really believe in the man, and not the ideal the man is striving towards. His tragedy being that he got too caught up in his history, his iconography, and his legacy. A fallen idol, but the film actually questions why he is an idol in the first place.

Idols can definitely trick and deceive us into truly believing in certain aspects of our society. However, if these beliefs are grounded merely in these idols and myth, then it can be easily torn apart by taking the myth away.

It’s time to stop getting caught up in blown-out myths that aim to “tell a bigger truth,” especially if the myth revolves around this uncompromising figure who would not yield, even to listen to another’s viewpoints. These stories don’t make society move or create new heroes, only further antagonism and a more divided nation.

The narrative of Goyo that aims to deconstruct a legend, rather than prop one up, may deprive us of an inspirational story to tell, but it’s far more insightful and deliberate than that of Heneral Luna’s, which can be misinterpreted a number of harmful ways.

Heneral Luna and Goyo: Ang Batang Heneral are both streaming on Netflix.