At one point, Up Dharma Down was just the opening act in a comedy bar.

(SPOT.ph) Every artist knows what it’s like to be hungry. In fact, many would say it’s hunger that drives artists to greater heights. For a band like Up Dharma Down, it’s what they used to fuel their success.

When UDD was starting out, they encountered their fair share of struggles. Like most college kids forming their own band, they had to deal with a lack of finances, curfews, and the constant challenge of finding gigs—which was made harder by the group's self-professed introverted nature.

But their greatest hurdle was that their type of music wasn’t exactly “radio-friendly” at the time. People were rocking out to louder and more aggressive tunes, so the more mellow songs and profound lyrics of the three-piece group were only enjoyed by a niche audience. For a long while, they were paid very little for their shows and their biggest claim to fame was being the opening act at a comedy bar.

But being hungry did them good. That need to express their thoughts in music pushed them to persevere. Rather than conform to mainstream music, they continued to write their own songs, doing their best to be relatable, raw, and empathetic. Slowly but surely, their fan base grew, and UDD started reaching audiences who found solace in their work. 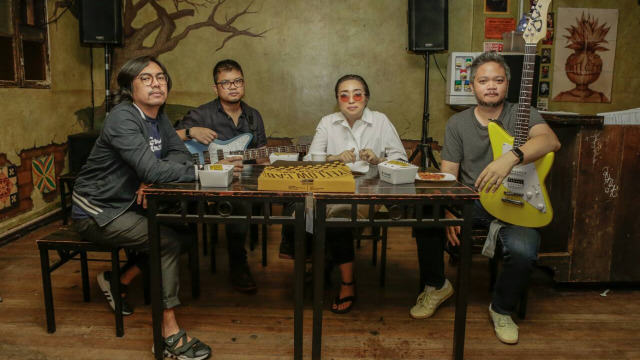 Today, the band is one of the biggest music acts in the country. They were even in MTV’s “Advanced Warning” regionally and globally—the first Filipino band to be featured.

The hustle is real, and being a musician in the local scene requires a certain kind of hunger. Not a physical one but one that makes you want to defy the odds. As shown in Yellow Cab’s #FuelTheHungry campaign, UDD used theirs to learn and express themselves regardless of the struggle. For them, there was #NoStoppingTheHungry.

Feed your hunger for more stories about struggle and finding success by following Yellow Cab on Facebook. Or you can just order a pizza here.