Vic Sotto's Love Life: 10 Women Who Got Hooked on Him 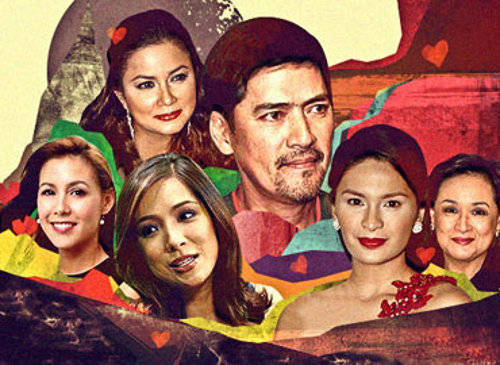 (SPOT.ph) If Hollywood has George Clooney, then local showbiz has Vic Sotto. This is not to say that the two men look alike. But they do have one thing in common. Both have gotten hitched only once. Since breaking up with their wives, they’ve both been playing the field. They have dated a cast of beautiful women but they don’t seem keen on saying "I do" anytime soon.

But while Clooney’s appeal is easily explained, Sotto’s is perplexing. His lanky frame and prominently elongated chin don’t scream "leading man material." He can be funny though.

Still, many of those who’ve hung out with the man say he’s "sexy" and that he "smolders." Even if we don’t take their word for it, Sotto’s relationship track record speaks for itself. At 57, he’s definitely still an incorrigible bachelor. SPOT.ph lists 10 women who fell for his inexplicable charm. 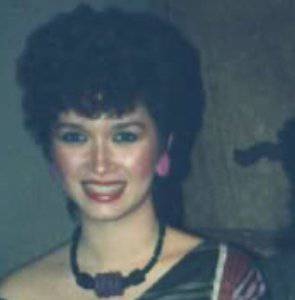 Chiqui Hollmann in a photo from Nostalgia Manila

Though there’s not much data online about this pretty mestiza, we chanced upon a blog post made by Jobo Guerrero Elizes, who is her relative. Elizes posted a 2003 article from Inquirer.net written by Leah Salterio. According to the article, Hollmann joined Eat Bulaga! in 1979. Prior to that, she had lived in New York for 16 years and had studied at the New York School of Interior Design. In the article, she readily admitted that she had a "short-lived romance" with Sotto. She said, "It was a very good love team that brought in lots of money for the show and made a lot of people happy." Hollmann quit being an Eat Bulaga! host in 1982. She then got married (she’s now more popularly known as Chiqui Hollmann-Yulo) and retired from showbiz in 1988. She also added that years after she left Eat Bulaga!, there were fans who still asked her about Sotto. "I told them Vic and I are both fine, pero may kanya-kanya na kaming pamilya at [mga] anak (we each have our own families and children)."

Bonnevie met Sotto when they co-starred in 1981’s Age Doesn’t Matter, a movie about older men falling in love with younger women. (You’ll appreciate this ironic detail once you get to No. 10.) In the flick, Sotto was paired off with Bonnevie, while Tito Sotto got Maricel Soriano and Joey de Leon was with Snooky Serna. By 1982, Sotto was married to Bonnevie. She gave birth to two kids: Danica in 1983 and Oyo in 1984. Sadly, Bonnevie and Sotto called it quits in 1986. Their marriage was annuled in 1992. In an interview published on Malaya Online in March this year, Bonnevie said, "Ang sakit na mahiwalay sa asawa (It hurts to break up with your spouse), especially if he happens to be your first love. And Vic, definitely was to me." Bonnevie and Sotto continue to be good friends.

This TV-host actress joined Eat Bulaga! in 1982 as Chiqui Hollmann’s replacement. Reyes, who was 29 then, had just split from her basketball player-husband Larry Mumar. Reyes already had two children by Mumar -L.A. and Carla. Sometime in the early 1990s, it was revealed that Reyes and Sotto were actually an item. Reyes gave up her Eat Bulaga! stint at around the same time. She had a son by Sotto-Vico, who is now taking up law. Reyes and Sotto eventually called it quits.

Angela Luz in the TV ad that made her popular

She was a commercial model best-known for her appearance in San Miguel Beer’s "Bilmoko" ad of the 80s. The sister of the late singer Paola Luz, she and Sotto got together sometime after he broke up with Coney Reyes. One article claims that  Luz also had a brief Eat Bulaga! hosting stint. In a 2002 interview published in Ricky Lo’s Funfare column, Sotto talked about his child with Luz, a girl named Paulina. The girl was only 11 years old then. Sotto revealed that she was named after Luz’s sister who succumbed to cancer just a few months before Paulina was born. There isn’t much online data on Luz, but presumably she and Sotto also remain friends.

After his relationship with Angela Luz, Sotto went out with Jacob, who was also his Eat Bulaga! co-host. Prior to joining showbiz, Jacob had been part of the country’s swimming team and had competed in the Southeast Asian Games and the Olympics. Her relationship with Sotto eventually fizzled out and she quit hosting Eat Bulaga! altogether. 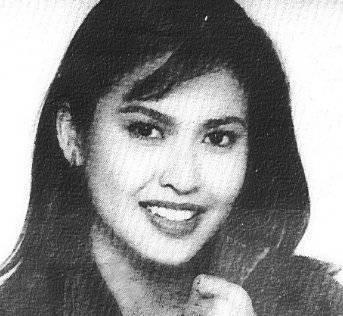 Kristine Florendo in a Binibining Pilipinas profile photo posted on Miss Philippines: Beyond 2000

This beauty queen was crowned as Miss Philippines World in 1997. Compared to the others, her relationship with Sotto was relatively low-key. In the roster of Binibining Pilipinas candidates for that year, Florendo, then only 21, was listed with the height of 5’9" and a resident of Quezon City. Her relationship with Sotto ended quietly. There is little additional data available online about her. 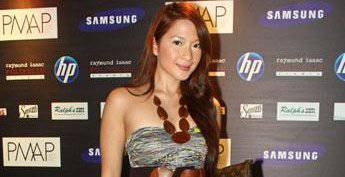 This model’s relationship with Sotto was also low-key. Though there is very little data online about their connection, one of Ricky Lo’s Funfare column entries puts the onset of their relationship sometime around 2003.  Cabreira was only 23 then. In the same article, Lo revealed Cabreira had been a student at De La Salle-College of Saint Benilde. Lo wrote that whe Cabreira was asked about Sotto, she had texted: "I’d rather keep quiet about the issue. I know the truth and that’s enough for me." Cabreira went on to become an Emirates flight attendant.

Kris Aquino and Vic Sotto in their 1990 movie

Sotto and Aquino first got together as co-stars in 1990’s My Funny Valentine. In the latter part of 2003, Joey Marquez reportedly chided Aquino for exchanging text messages with Sotto. Some reports alleged that he was the source of Marquez’s jealousy. Alas, the Sotto-Aquino love connection did not materialize. Showbiz pundits speculated that Sotto was put off by the high profile nature Aquino’s relationships.

Pia Guanio talks about the break-up.

This Eat Bulaga! co-host and Sotto became a couple in 2005. Everyone thought that Sotto would finally tie the knot once more with Guanio. However, they broke up in 2010.  Reports claimed that the two had "drifted apart." Interestingly enough, Guanio didn’t resign from Eat Bulaga! when her relationship with Sotto ended. In October this year, Guanio wed businessman Steve Mago.

Pauleen Luna was a Little Miss Philippines contestant in 1995.

Ricky Lo’s December 7 Funfare column revealed that Sotto now going out with another one of his Eat Bulaga! co-hosts. This time around, it’s 23-year-old actress Pauleen Luna. PEP.ph reports that Sotto has kept mum about the said relationship. Luna has also been quiet. Meanwhile, people can’t stop pointing out that there’s 34 years between her and Sotto. Incidentally, Luna joined Eat Bulaga!’s Little Miss Philippines tilt in 1995, when she was six-going-on-seven years old.