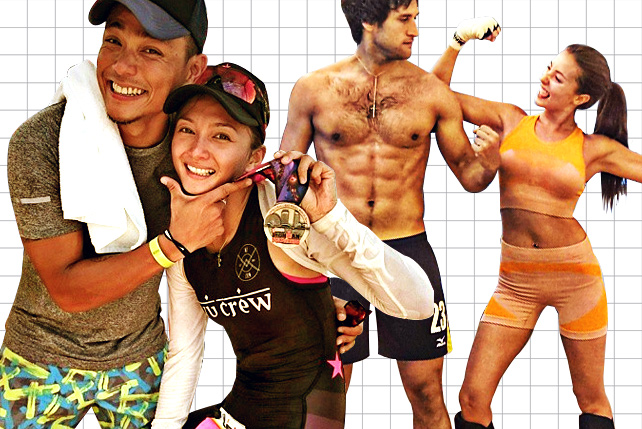 Need some fitspiration? This is it. 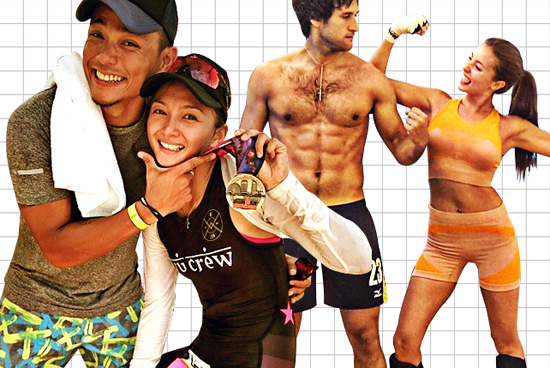 (SPOT.ph) And just like that, we're halfway through 2015. Are you still holding on to that "stay healthy" resolution? We know just as well as anyone that reaching your fitness goal is tough work. Sometimes, all you need is a bit of motivation and what could be better than your significant other? Take it from these local celebrity couples, who somehow make getting fit look good...and easy, as long as you aren't doing it alone.

It's no surprise that this adventurous duo would have a healthy lifestyle. Whether they're exploring the great outdoors or taking on triathlons, you can be sure Drew and Iya have each other's backs when it comes to fitness. It isn't just about keeping fit, though; Iya once shared that they bond over their daily morning exercises. (By the way, Iya just won third place in her first Olympic distance triathlon! Whew!)

If you're looking for some gym motivation, you should probably start following Aubrey on Instagram. It's all about intense workouts and eating healthy for this mom of two. Aubrey said it herself—finding a gym buddy does wonders. In her case, it's her longtime boyfriend, Troy.

For these two, it's not enough to just work out beside each other. Erwan and Anne took the term "gym buddies" to another level by...well, using each other for (literal) support. Well, that's one fun way to reach your fitness goals.

For Carmina and Zoren, working out and staying active is a family affair. Their twins, Maverick and Cassandra, join them for outdoor activities that include biking and swimming. The couple also take the time to head to the gym every once in a while.

Isabelle always makes time to exercise in the morning, whether it's biking, swimming, or hitting the gym. It might sound tough, but it would probably be easier with someone in tow. For her, it's her non-showbiz boyfriend, Adrian.

Will Devaughn and Roxanne Barcelo

It's safe to say that Will and Roxanne are basically gym rats. This disciplined couple makes it a point to squeeze in a gym session between their schedules, even if they need to stay until midnight. More importantly, they push and motivate each other to reach their goals.

Judy Ann said it herself: It's more fun to work out when she has her husband, Ryan, with her. The couple sees their work out sessions as a time to bond. They also enjoy running and swimming when their schedules permit it.

Having an active lifestyle is practically second nature for Solenn, who once said that she loves doing yoga—to the point of bullying her friends into doing it, too. She also mixes up her routine, which includes running, swimming, and plyometics. Her boyfriend shares the same outlook, even waking up early as 6 a.m. to play tennis.

It's all about hitting the gym and portion control for Jessy but these days, it looks like she has also joined JM in his intense workout regime. His routine, done five times a week, is a mix of boxing, wrestling, and circuit training.

Rocco's workout of choice is a bit different. Instead of just the usual fitness routine, he does jiu-jitsu and muay thai. He also joins jiu-jitsu tournaments outside the country. Lovi, meanwhile, has been boxing since she was 20. She also starts her day with a 30-minute run.

Celebrities Fitness Goals Pinoy Celebrities
Your Guide to Thriving in This Strange New World
Staying
In? What to watch, what to eat, and where to shop from home
OR
Heading
Out? What you need to know to stay safe when heading out